A Tale of Two Heroes

Rey and Finn team up in The Force Awakens, but each walks a separate path to heroism. In this examination of the Hero’s Journey in Star Wars, Tricia Barr and B.J. Priester follow in Finn’s footsteps.

Star Wars is about making choices. Often, we focus on the choices made by the central characters: Luke and Anakin in the original and prequel trilogies, Ahsoka and Ezra in The Clone Wars and Rebels. When we do consider the choices made by others—Leia and Han, Obi-Wan and Padmé—we tend to think about them in terms of their impact on the protagonist, and the Hero’s Journey they are undertaking.

But in the rich and ever expanding world of Star Wars, characters increasingly make choices that serve their own stories, rather than that of a single protagonist. In the opening moments of The Force Awakens, Poe Dameron, Lor San Tekka, Kylo Ren, and a First Order stormtrooper all make choices that have lasting repercussions. But it is the decisions of that stormtrooper, designated FN-2187, that are most noteworthy, because they instigate a storytelling architecture seen in no previous Star Wars movies: a second, parallel Hero’s Journey unfolding in tandem with that of the Force-sensitive protagonist. 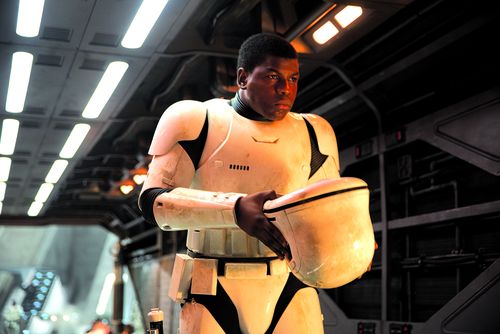 That Force-sensitive protagonist is Rey, and the stormtrooper will, of course, come to be known as Finn. Over the course of The Force Awakens, Rey emerges as a chosen one, destined to embark upon a classical monomythic adventure (see Insider #167 and #168). Finn teams up with Rey early on in this journey, but does not simply become a facilitator for Rey’s destiny. Instead, each helps the other progress along her/his heroic path.

In keeping with the precepts of the Hero’s Journey described by Joseph Campbell in his 1949 book, The Hero with a Thousand Faces, both Rey and Finn are introduced within their respective “Ordinary Worlds.” For Rey, that means life as a scavenger on Jakku, trading salvage for meager rations. For Finn, it is deployment with his fellow stormtroopers, expected to carry out orders without question following a lifetime of harsh conditioning. Whereas Rey’s “Call to Adventure” is the arrival of BB-8, Finn’s call comes from within himself. Triggered by an order to massacre innocent villagers, his conscience kicks in. He rejects the life he has been raised to live, and goes in search of something else.

From that moment, the initial stages of Finn’s journey flow quickly. To help his escape from the First Order, he liberates the captured Resistance pilot Poe Dameron, who insists “I can fly anything.” In Campbell’s terms, Poe and his incredible abilities represent Finn’s “Supernatural Aid”: the brief intervention of a protector to send the Hero on his way. Moments later aboard a stolen TIE fighter flown by Poe, Finn is “Crossing the Threshold” into the unknown by blasting laser cannons at the First Order—his former allies.

Yet Finn has still not consciously accepted the call to adventure. At this point, he seeks only to escape was his life has been, and has given no thought to what it may become. When Poe says that they must seek out his droid, BB-8, on Jakku, Finn disagrees: saying they should get far away for their own survival. In Campbell’s outline of the Hero’s Journey, this “Refusal of the Call” comes immediately after the “Call to Adventure” before the first threshold is crossed (and there is no turning back). But Finn’s need to escape has so far outweighed other considerations. It is only when Poe presents a course of action based on more than immediate survival that the call is explicitly stated and Finn has the opportunity to reject it.

Finn is spared the realization that he has already crossed the threshold when he and Poe are shot down by the First Order and crash on the surface of Jakku. Finn and Poe’s separation in the crash is in keeping with the disappearance of the supernatural helper early on, as is Finn’s acquisition of Poe’s jacket: a talisman from the supernatural helper to serve a purpose later on. With Finn now alone in the desert, he has no choice but to take the next step on his journey: an ordeal, which Campbell calls “The Belly of the Whale.” By undergoing a trial, the hero sheds the last vestiges of the “Ordinary World” and demonstrates a willingness to embrace the new. As Finn stumbles through the scorching desert in search of life, he literally sheds his stormtrooper armor and dons Poe’s jacket: the garb of the Resistance. 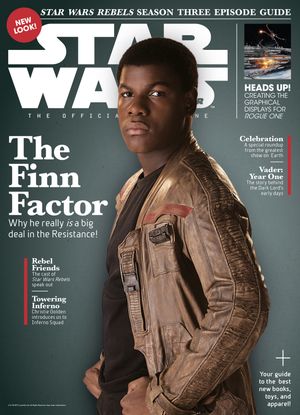 Buy this and other back issue here:

US, CAN, Rest of the World 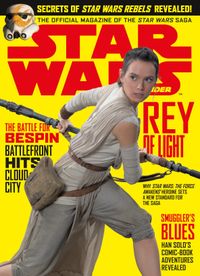 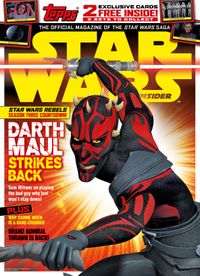 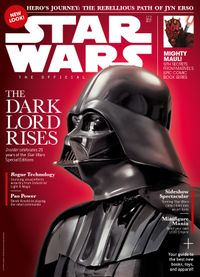 And in a twist to the format, in #179 she explores Kylo Ren’s Villain’s Journey.

Buy these and other back issue here:

US, CAN, Rest of the World