In case you haven’t heard, our Adler graphic novel – collecting all five issues – is to be released in March! So, we thought it would be a little bit of fun to take a tour around Adler’s London!

Starting with THE BRITISH LIBRARY! Fun fact: The British Library was originally housed in the British Museum, though it moved to its own building down in St Pancras in 1998. The British Museum Library, founded in 1753, contained one of the world’s largest collections of books, manuscripts and periodicals, both contemporary and antique, British and foreign. It was created as ‘one general repository’ to hold the collections of Sir Hans Sloane, Sir Robert Cotton and Robert and Edward Harley. When it inherited the library of George III in 1823, its printed books doubled in number, prompting a move to the site of the current British Museum.

Next up is BUCKINGHAM PALACE! Fun fact: Built as Buckingham House in 1703, the palace was originally constructed as a large townhouse for Duke Buckingham. Buckingham Palace features 775 rooms. Of these rooms, 188 are staff bedrooms, 92 offices, 78 bathrooms, 52 royal and guest bedrooms, and 19 state rooms.

Then we can see the LIMEHOUSE DOCKS! 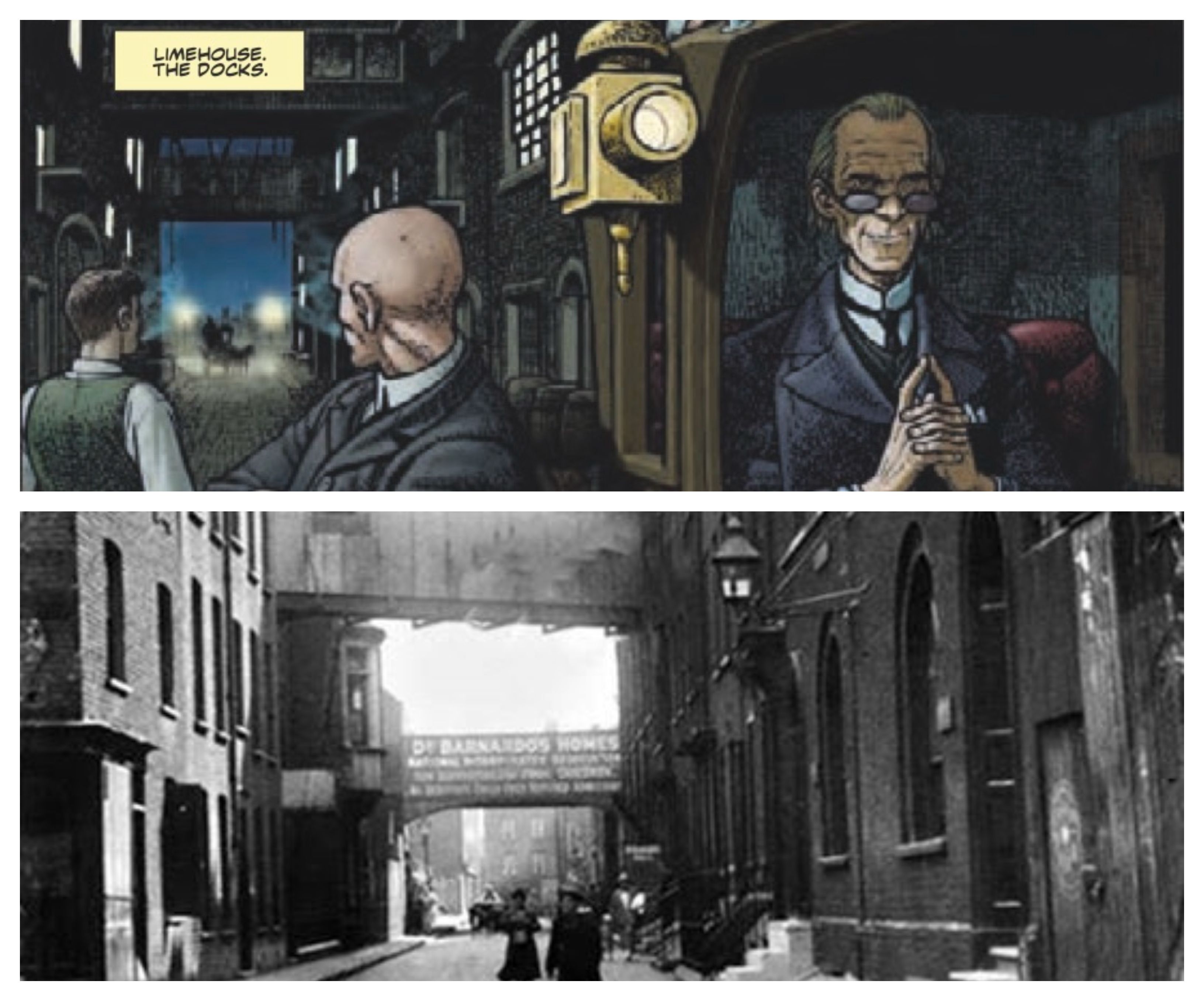 Fun fact: The earliest reference to the area of Limehouse itself, dates right back to 1356 when the district was known as “Les Lymhostes” because of its connections to lime kilns used in the pottery industries that operated from there in the 14th century.

Next stop (pardon the pun) is CHARING CROSS STATION! 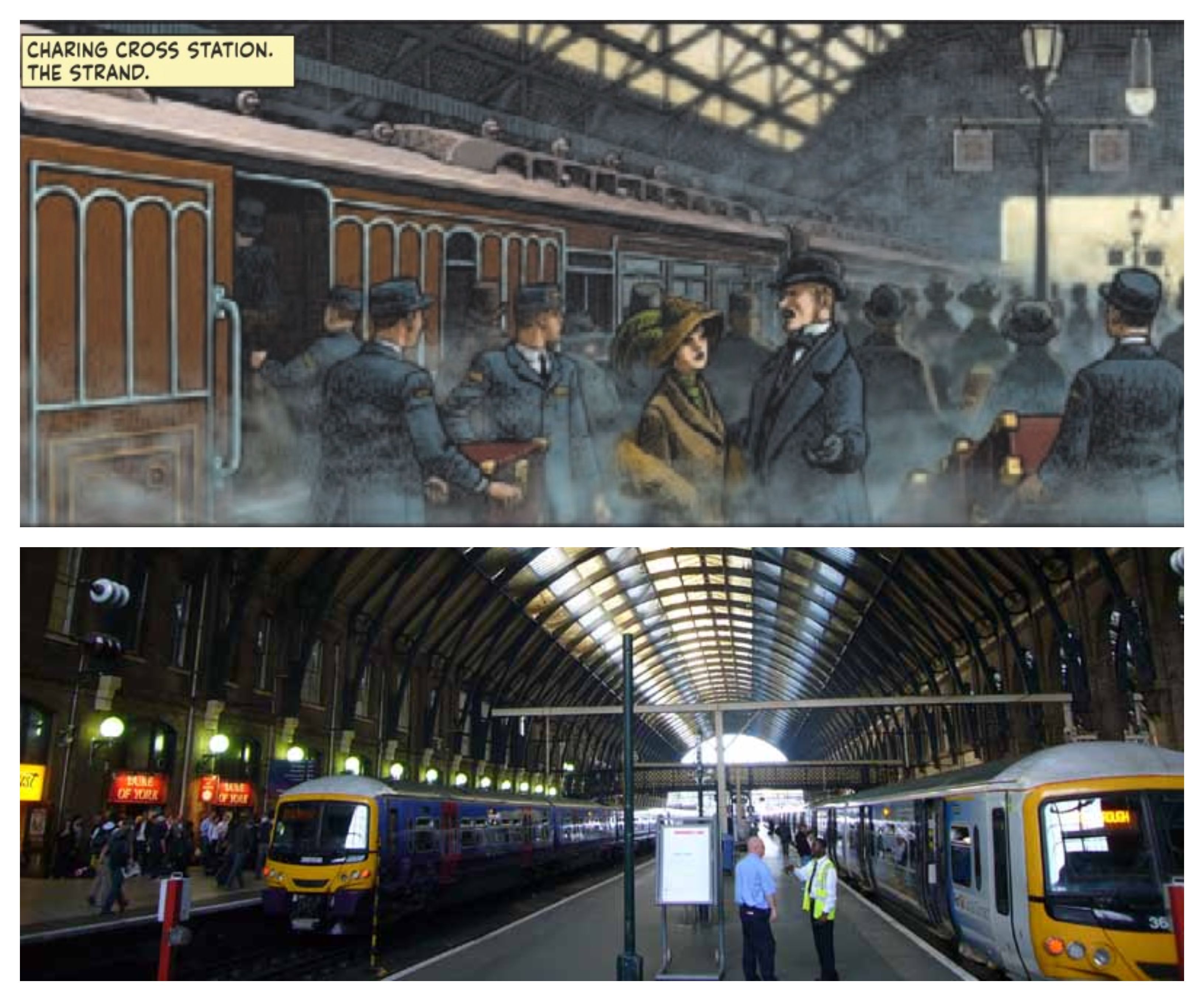 Fun fact: Charing Cross is the name of the road junction to the south of Trafalgar Square, hence the name. The junction is where all distances to London are measured from.

Another awesome location to be found in Adler is GUYS HOSPITAL! Fun fact: Guy’s Hospital is a part of Guys and St Thomas in the borough of Southwark, built in 1721. It’s the metaphorical home of Florence Nightingale. In 1860, Florence established the first professional nursing school in the world at St Thomas’ Hospital. She founded London’s Nightingale School of Nursing, which raised the reputation of nursing as a profession.

Then we have the wonderful view of the HOUSES OF PARLIAMENT! Next up, one of Sherlocks fave places: SIMPSONS-IN-THE-STRAND! Fun fact: Simpson’s-in-the Strand is one of London’s oldest traditional English restaurants. Situated in the Strand, it is part of the Savoy Buildings, which also contain one ofthe world’s most famous hotels, the Savoy.

Last but not least: THE ROYAL OPERA HOUSE! Fun fact: The present theatre was built in 1858. During World War II it was used as a dance hall but after the war the idea of public subsidy of the arts was accepted and the decision was made to establish the Royal Opera House as the permanent year -round home of the opera and ballet companies now known as The Royal Opera and The Royal Ballet.

And that’s our quick tour around Adler London!

For a little more info on Adler itself, find the description below: 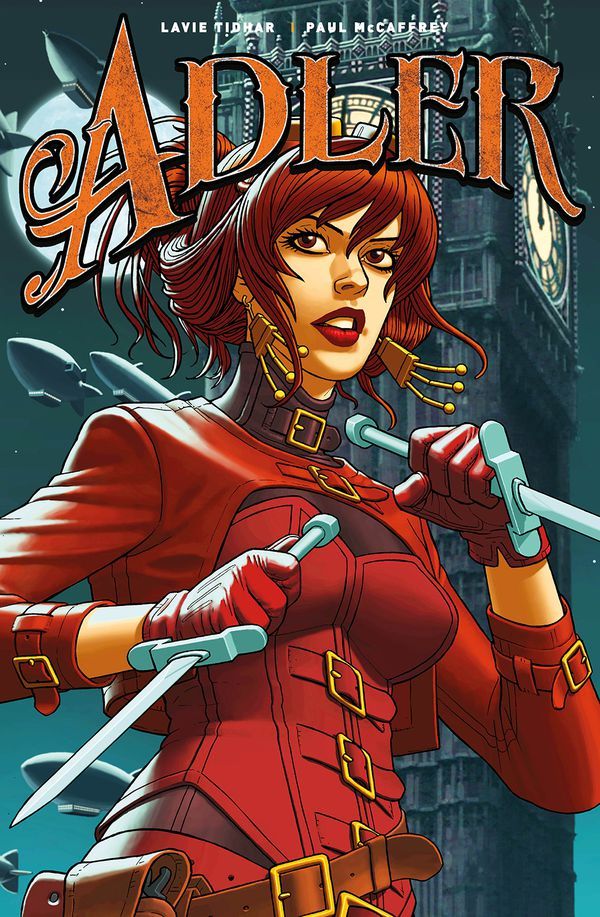 It’s 1902. Wounded in the Boer War, Jane Eyre returns to a London transmogrified by emerging modernity. An old friend, the glamorous inventor Lady Havisham, introduces her to the American adventuress Irene Adler, and the two seek lodging together. But Adler is engaged in a brutal secret war against a mortal enemy of the British Empire: Ayesh. She-Who-Must-Be-Obeyed, who seeks revenge against the colonisers who destroyed her country.

As Queen Victoria holds on to her throne with the help of experimental new medicine, Adler and Ayesha both fight for the secret weapon developed by the scientist Madame Curie. And as Ayesha and her amazons (not to mention her pet assassin Carmilla) take over the London underworld, Adler must form a team of determined women to stop them - before the Empire is destroyed.