Assassin's Creed from the beginning

There are shadowy forces at work in our world. Forces who have battled for dominance since the dawn of human history. One seeks stability through order and control – the Templars. The other, progress through liberty and free will – the Assassins.

They are rumors. They are real. They are about to enter the life of Charlotte de la Cruz…

“An exciting tale which has promises of intrigue and mystery, served with a hefty dose of action.” - Playstation Universe

Charlotte de la Cruz is pulled into the orbit of the Assassins, a mysterious organisation of principled killers with roots stretching back thousands of years – and users of the stolen Animus technology, which allows them to experience the memories of their ancestors as if they were there! Charlotte has a secret in her blood… the genetic memory of an ancestor who was in Salem at the time of the infamous witch trials. As Charlotte is trained in the Assassins’ art, and begins to investigate the life of her ancestor… the forces of the Templar Order move against her. Based on the popular game series, this graphic novel follows a fresh inductee into the modern-day Assassin Brotherhood - as they uncover a conspiracy in their DNA that stretches back hundreds of years! 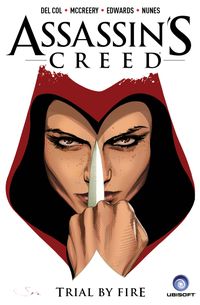 Charlotte De La Cruz is in way over her head. With the realization that she is now deep in trouble with the Templars, her only hope is to unravel the mystery of what they want from her… and to do that she needs the Animus. Diving into the memories of her Inca ancestor, Quila, she is desperate for a clue, a link, anything that might point towards a little more… knowledge. 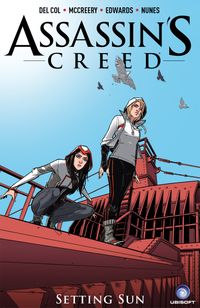 USA and Canada can order from HERE 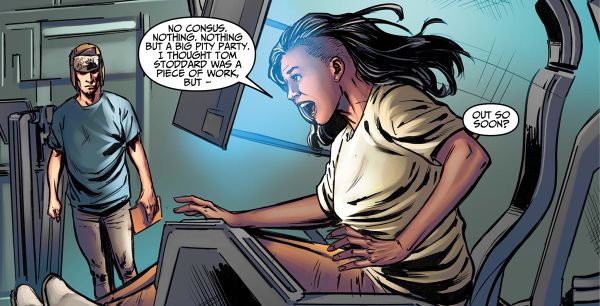 The Brotherhood of the Assassins is in trouble. Resources depleted by their long feud with the Templar Order, faced with a world where the goalposts are constantly shifting, they can only struggle to regain their footing. A mysterious collective offers an alliance, but is this third faction a golden opportunity? Or a Faustian bargain? Join Charlotte de la Cruz and Galina Voronina as they try and navigate a clear path for the Assassins through turbulent waters! 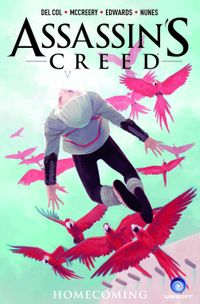