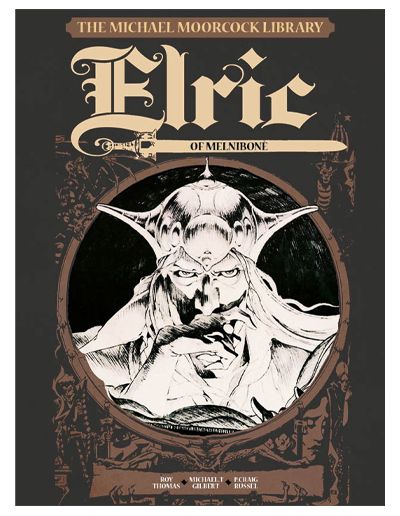 Volume 2: Sailor on the Seas of Fate Volume two in the comic adaptations of Michael Moorcock’s saga of Elric, the tormented albino wanderer tortured by his blood-soaked past, The Sailor on The Seas of Fate chronicles Elric’s adventures across a supernatural sea where the lines between time and reality blur and otherworldly foes threaten the very fabric of the universe.

”Unforgettable action and intrigue… a must-read for any fans of science fiction or sword-and-sorcery epics!” – Comics Bulletin 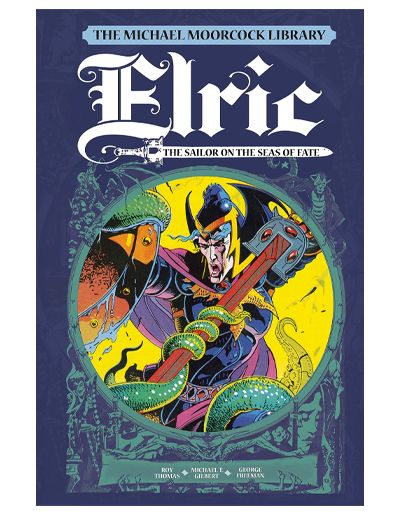 Available from Forbidden Planet, Amazon, and digitally. Volume 3: The Dreaming City Proclaimed a traitor and exiled from the capital of Melniboné by his cousin Yyrkoon – usurper of the Ruby Throne – Elric returns to Immryr with an invading fleet and a malign purpose in mind: to see the Dreaming City in ruins. 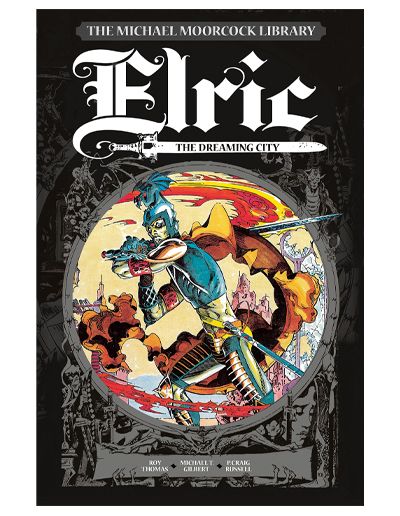 Available from Amazon, and digitally. Volume 4: The Weird of the White Wolf The Eternal Champion returns for another series of epic adventures, ranging far and wide across the Young Kingdoms, and to the very edges of reality!. Compiling the short stories The Dream of Earl Aubec, The Dreaming City, While the Gods Laugh, and The Singing Citadel, this fourth volume of the classic comics adaptation of Michael Moorcock’s legendary fantasy saga brings Elric back to his sovereign city of Melniboné and beyond.

“Part horror, part adventure, and all imagination - it’s a terrific work and highly recommended!” – Comic of the Day 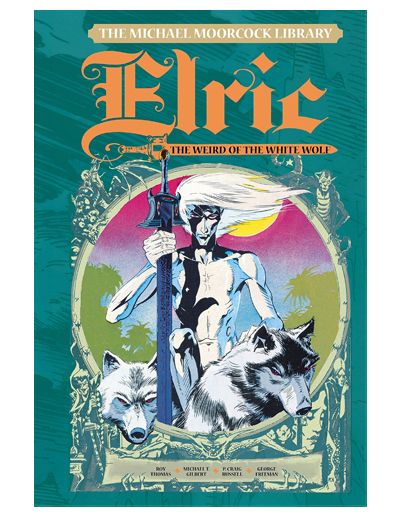 Volume 5: The Vanishing City The Eternal Champion returns for a series of epic adventures, as conflict begins between the gods of Law and Chaos! Prince Elric of Melniboné and his soul-eating sword Stormbringer enter the fray, but which side will he serve? Haunted by his bloodied past, the albino warrior must summon all of his power and resolve to face his enemies, not leat the sorcerer Theleb K’Aarna.

”Once begun, this is a book that can’t be put down until the last page, a sometimes surreal and often dreamlike interpretation.” – Starburst

Available from Amazon, and digitally.