Suave and sinister, Director Orson Krennic proved to be a worthy villain, standing shoulder-to-shoulder with some of the greats of the franchise. Accomplished actor Ben Mendelsohn shares his thoughts on playing a bad guy and being sadistic on set! 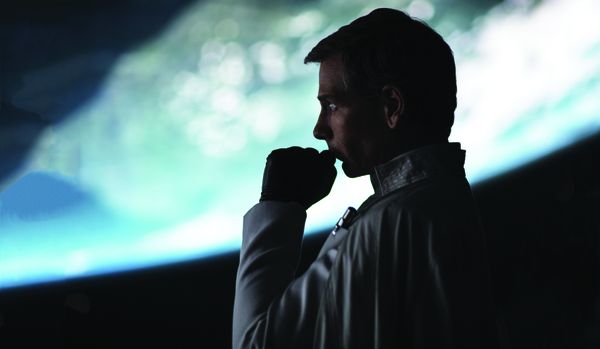 Star Wars Insider: Can you tell us how you were introduced to the role and what your initial reaction was?

Ben Mendelsohn: I was asked to go and meet Gareth Edwards, our director, and I knew it was something to do with Star Wars. So, that was pretty exciting right there. He basically told me as much as he could about who this guy was and where he fit into the scheme of things. Then it became something I was fortunate enough to get to do.

How did you feel about stepping in as a Star Wars villain? I didn’t quite know how that was going to form up, but I felt okay about it. The thing is, when you have Darth Vader on the playing field, you don’t have to worry, because no one’s taking Vader’s spot. Darth Vader is one of the great all-time movie villains there will ever be. So, you don’t have to really stress out about it. No one’s topping Vader, so you can relax and just do what you’re there to do because you have Vader, and when you have Vader, things go okay.

How did Gareth Edwards describe Krennic to you? Gareth described Krennic to me as a guy who didn’t come up through the officer class, if you like; he was more of a guy from the outer colonies who had made his way up more by virtue of the way he’d conducted himself, and by his abilities. So, Krennic’s voice is not ever meant to be the pure officer-class voice that you associate with the Star Wars universe. But Krennic is very driven about the Death Star project. Gareth laid out Krennic’s situation for me, with a rundown of the story, but left it loose enough that things would form up. 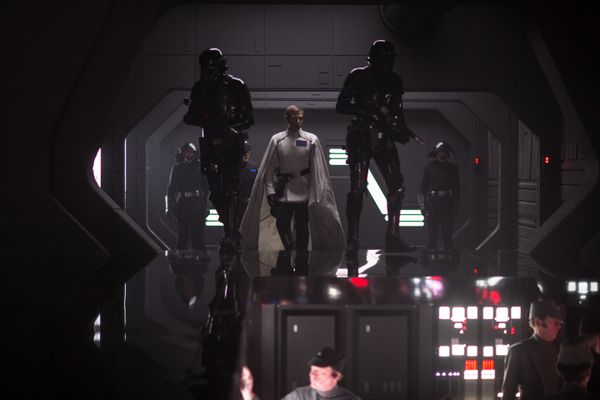 Why is Krennic so consumed with the creation of the Death Star? It’s very simple why Krennic is so devoted to it. The politics that go on at the heart of the Star Wars story are crucially important to the way the story plays out. As an audience, we don’t necessarily know too much about it. We know that there’s an Imperial Senate and we know that having control of that Senate, or the Emperor being able to work with that Senate, is crucially important. So, an unwieldy Senate or a negative Senate is a constant danger to the way the political system works. If you have the Death Star, you, in effect, can circumvent any problems that might occur within the Senate, because you all of a sudden bring overwhelming force to bear, basically, because the Death Star can take out an entire planet. There is nothing that comes even close to that kind of ability at the time. So, that’s why it’s so important. Essentially, the Emperor realizes what a good thing this would be to have, what a significant strategic asset it would be, and Krennic believes that he can oversee and implement this project, which in fact he can.

Was it fun to play the sadistic side of the character? You can’t have a bad day at work when you look up and you see there are stormtroopers around. There’s no more fun to be had, really, in terms of the type of stuff you do than this.

Read the full interview and many more, including Anthony Daniels, James Earl Jones, Billy Dee Williams, in Star Wars: Icons of the Galaxy – on sale NOW from Forbidden Planet and Amazon.