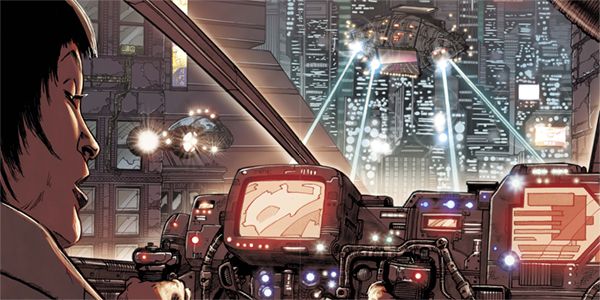 If you’ve not discovered Titan Comics’ smash-hit Blade Runner 2019 series, take this opportunity to STAY IN and catch up ahead of the release of volume 2!

LAPD’s best Blade Runner and detective, Aahna ‘Ash’ Ashina, has been assigned to investigate the mysterious disappearance of Isobel and Cleo Selwyn, the wife and daughter of business tycoon, Alexander Selwyn – a close personal friend of Eldon Tyrell.

Ash’s search will take her on a journey deep into the crime-ridden underbelly of Los Angeles, as she uncovers a terrible secret and a desperate conspiracy that forces her own hatred for Replicants – the synthetic humans – that she hunts and kills with such vengeance.

“Blade Runner 2019 hits the ground running in what looks to be a must-read new entry in the franchise.” – AIPT! 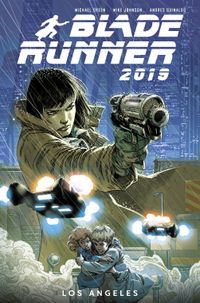 USA & rest of the world order now from Amazon

Barnes & Noble exclusive edition with variant cover and 16 bonus pages, including an interview with the writers, a brief history of Blade Runner, and previously unpublished concept drawing!

Available in print and digitally.