We sat down with Titan Comics’ Group Editor, Jake Devine, to find out more about why fantasy translates so well to comics, and to get some recommended reads… TITAN COMICS: WHAT DO YOU THINK MAKES FANTASY SO POPULAR? Jake Devine: I think for me, fantasy is the ultimate escapist genre - pretty much everything is from the imagination. It’s an almost unlimited sandpit for creatives to play in, and I think there’s a draw for readers who like to let their imaginations run wild. WHY DO YOU THINK THE FANTASY GENRE TRANSLATES SO WELL TO THE COMIC FORMAT? Fantasy lends itself perfectly to this medium as it’s entirely creative, by which I mean characters and plot are devised by a writer, and the illustrious eye of an artist brings that world to life! It’s so easy to lose yourself in another world, and fantasy comics bring a unique reading experience with gorgeous colour palettes, and the way lettering can be used to evoke fantastical languages and creatures. There’s nothing else like it! YOU’VE WORKED ON SOME BIG FANTASY SERIES SUCH AS DARK SOULS AND BLOODBORNE. HOW DO YOU THEY DIFFER FROM TITLES LIKE WIKA AND KNIGHTS OF HELIOPOLIS? Working on fantasy titles like Bloodborne, you have to be very familiar with the source material, and be sure that what you’re producing is faithful to it. So when coming up with a plot, or choosing which interiors or cover artists are going to be on the project, you have to be aware of the impact they’ll make and if they align with the style of the IP. With original books like Wika and Knights, it’s pure imagination, and you get to experience something wholly from the author/artist which makes those books unique and a joy to read. FOR FANS OF GAME OF THRONES OR LORD OF THE RINGS, WHICH TITLES DO YOU THINK THEY’D ENJOY? Certainly for fans of LOTR I’d recommend picking up Wika, as the extravagant, highly-detailed artwork is reflective of Tolkein’s detailed storytelling, and the world is like an updated-steampunk middle-earth. Dark Souls and Michael Moorcock’s Elric are good starting points for GOT fans, as both delve deep into the Sword and Sorcery genre. IS THERE ANYTHING DIFFERENT AS AN EDITIOR THAT YOU DO FOR FANTASY TITLES COMPARED TO OTHER GENRES? I think the only difference really is gauging the right writer and artist for a fantasy project, just like you would any other genre. It’s best to have creators who are experienced in that area, particularly if you have an IP that requires a specific style (whether it’s traditional or a little bit out-there). WHAT IS YOUR BEST ADVICE FOR BUDDING FANTASY COMIC WRITERS? As with any comic writing, the best way to learn is to write! World-building is usually the sticking-point for fantasy as it is all down to you to bring the reader into your imagination, so working out how to draw them in without overwhelming them with complex mythology is something to watch out for. Check out some of Jake’s recommendations here… WIKA 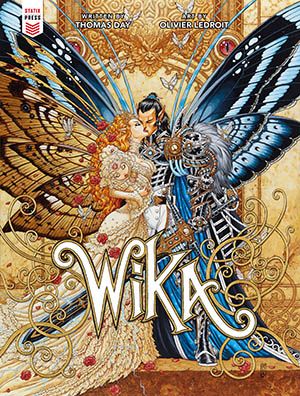 Immerse yourself in the stunning steampunk fantasy world of Wika, a graphic novel from award-winning artist Olivier Ledroit. After narrowly escaping an uprising that claims the lives of her parents, Wika, the last of a royal line of fairies, must evade the assassins on her trail long enough to discover the secret of her lineage. Uncover Thomas Day’s first comic book story – a dark tale of magic and mystery, with fairies, dwarves, goblins and elves, in a stunning epic fantasy brough to life by the beautiful illustrations of Olivier Ledroit. Buy now from Amazon, and digitally. DARK SOULS 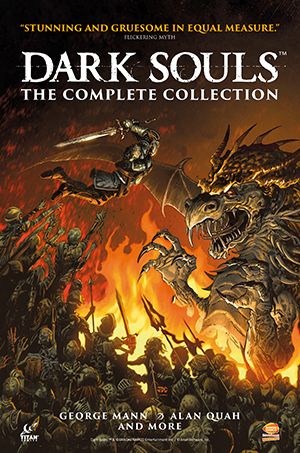 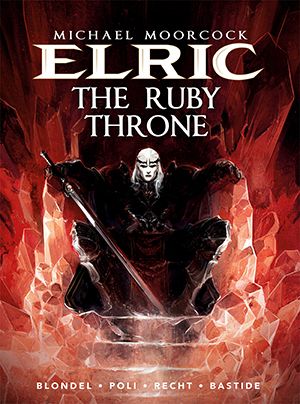 Elric, the albino emperor, has ruled Melniboné for millennia - a feat made possible through magic and various herbs that serve to strengthen and prolong his life. However, Elric’s empire is crumbling before him and now his envious cousin and prince of Melniboné, Yyrkoon, plots to claim the Ruby Throne for himself. Yet when Elric’s people come under the threat of a pirate attack, Elric believes that he can once again restore his authority and regain their faith by defeating the pirates. However, the true cost of this task will force him to reveal his allegiance to the dark Arioch, the most dominant of the Lords of Chaos… Buy now from Forbidden Planet, Amazon, and digitally.
Copyright © Titan Comics 2012 - 2023 © Titan Magazines 2012 - 2023