Hello everyone! Who’s excited for this years’ Halloween?? No? Well, we have a SPOOKTACULAR selection of comics and graphic novels that will reignite the Halloween spirit in you! I’ve taken the liberty of listing all our best haunted reads, along with a little blurb and buy links so you can find just what you like. I’ve categorised them by theme to make it even easier - and we’re starting with WITCHES AND MAGIC WEILDERS!

Over My Dead Body Vol 1 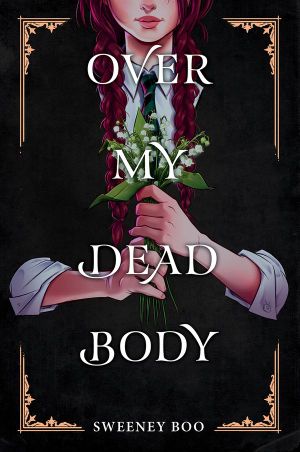 In the days leading up to Samhain, the veil between the world of the dead and the living is at its thinnest. One day, everything was exactly as it was supposed to be. And the next, the closest thing Abby ever had to a sister, Noreen, was just… gone.

Distracted by the annual preparations for the Samhain festival, Abby’s classmates are quick to put Noreen’s disappearance aside. The Coven will find her, Abby’s friends say. They have it under control.

But Abby can’t let it go. Soon a search for answers leads her down a rabbit hole that uncovers more secrets than Abby can handle. As mounting evidence steers her toward the off-limits woods that surround the academy, she begins to see that Noreen’s disappearance mysteriously has a lot in common with another girl who went missing all those years ago…

Rivers of London: Deadly Ever After Vol 10 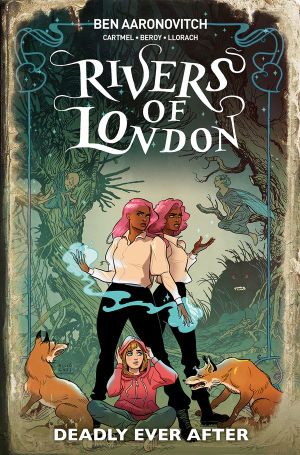 When Chelsea and Olympia accidentally break an enchantment in the woods, deadly fairy tales from a mysterious old book begin coming to life. To set things right, Chelsea and Olympia must unravel a mystery dating back to the 1800s before they become victims of a lethal sorcery. Written by bestselling author Ben Aaronovitch, Doctor Who script editor Andrew Cartmel, and Celeste Bronfman (Star Trek).

A police vehicle on a routine prison transfer in north London is stormed by Russian hoodlums seeking to free a very particular prisoner. Their target is a witch. A very powerful witch who doesn’t want to be free. Things rapidly turn very ugly for the hoods and it’s soon a job for full-time police constable and part-time wizard, Peter Grant. 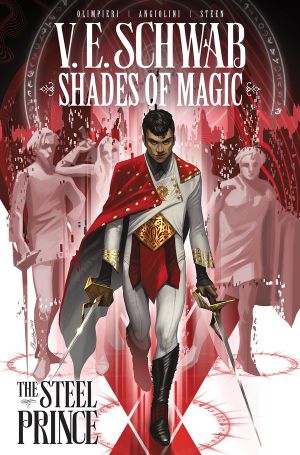 Delve into the thrilling, epic tale of the young and arrogant prince Maxim Maresh, long before he became the king of Red London and adoptive father to Kell, the lead of A Darker Shade of Magic! The youthful Maresh is sent to a violent and unmanageable port city on the Blood Coast of Verose, on strict orders from his father, King Nokil Maresh, to cut his military teeth in this lawless landscape. There, he encounters an unruly band of soldiers, a lawless landscape, and the intoxicatingly deadly presence of the newly returned pirate queen, Arisa…

Shades of Magic: The Steel Prince: Night of Knives Vol 2 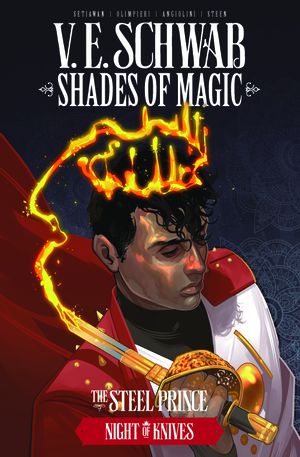 The young and arrogant prince Maxim Maresh, having faced the terror of the Pirate Queen, now aims to capture the respect of the combative port town of Verose - by taking the impossible challenges of the Night of Knives… and surviving, where none has survived before!

Shades of Magic: The Steel Prince: The Rebel Army Vol 3

In the months following his defeat and unmasking by Prince Maxim Maresh at the climax of the Night of Knives Tournament, Rowan, its architect and Antari magician, has forcefully taken command of a ragtag pirate fleet known as the Rebel Army. Through a campaign of pillaging and conscription of Arnes’ coastal towns, Rowan has grown the Rebel Army into a force powerful enough to usurp a prince and destroy an empire. Now, all that stands between the fall of the House of Maresh and the sacking of Red London is Maxim and his garrison, unless the young headstrong prince can win the hearts and minds of the inhabitants of Verose and convince them to join him in one final stand against the most powerful magician he has ever faced. 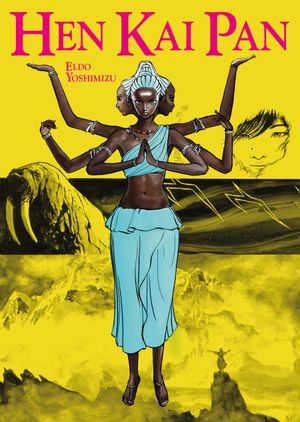 Dismayed by the havoc wreaked on the Earth by humans, its five guardian spirits decide to act. But as they argue amongst themselves on what the judgement should be, one enraged spirit, Nila, becomes determined to take matters into her own hands, forcing the remaining four to unite in a desperate final battle to prevent her from wiping not just humankind, but all life from the face of the planet. This is a highly personal and timely book that features some of Eldo’s most beautiful artwork to date. With its central themes of ecology, philosophy and spirituality, Hen Kai Pan is a kinetic, emotionally charged work that delivers a powerful message that will resonate not just with manga fans, but all readers. “Hen Kai Pan” translates as “One and All”, and is the motto of Cosmotheism 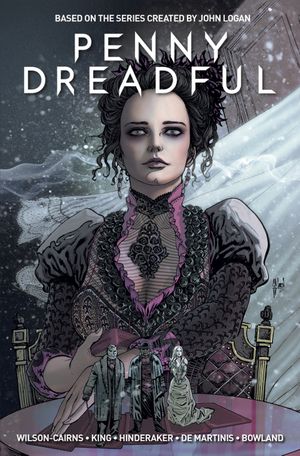 This prequel reveals the terrifying events that led Vanessa to try and find her missing childhood friend, Mina Harker and expose the true nature of the vampiric monsters infesting Victorian London. Beautifully realized by Louie De Martinis and written by the show scriptwriters, this collected edition takes the reader on a heart-stopping journey into the supernatural. 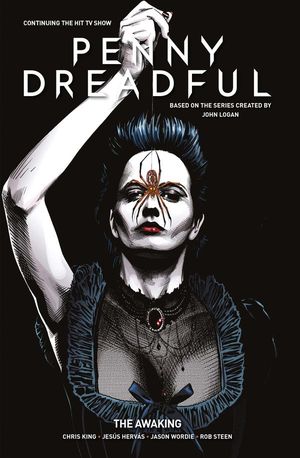 Set six months after the shocking events of the Penny Dreadful season three TV finale. Written by Penny Dreadful TV series Co-Executive Producer Chris King. In the void left behind by Vanessa’s death, Ethan and Sir Malcolm must search for a new meaning in life. But the demimonde isn’t done with them yet, as decisions from the past come screaming back to haunt them… 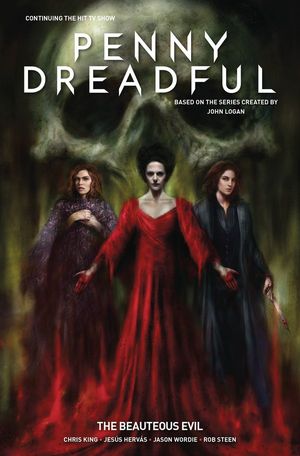 The official continuation of the Penny Dreadful story, with the future of humanity at stake! Mankind has been caught in the middle of a war, one which they have little chance of surviving. As the relics of an evil long since thought vanquished emerge from the darkness, the legacy of Vanessa Ives’ death is clear: A battle is coming, and the victor shall show no mercy. With so much at stake, old grudges must be cast aside if humanity is to take a stand against the armies of evil mustering to destroy each other! 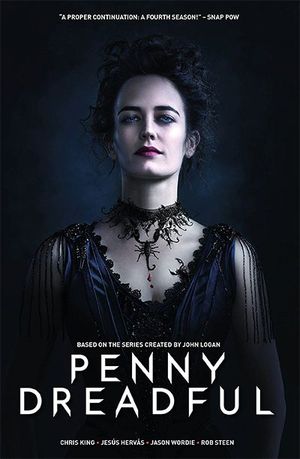 Vanessa Ives’ body is inhabited by Satan, the ultimate evil. The hordes of Hell rampage through London. And as friends and foes alike scramble for a glimmer of hope, the darkest shadow may prove to be their salvation… The return of fan-favorite characters including Vanessa, Ethan, Catriona, Frankenstein, Dorian Gray, and Dracula! With so much at stake, and time of the essence, Catriona Hardtegan and Victor Frankenstein are charged with gathering their scattered troops, all the while battling demons and the Nephilim, in a desperate attempt to put on a show of force when they hunt down the immortal scourge of souls, and their last hope for redemption…the elusive Dracula. 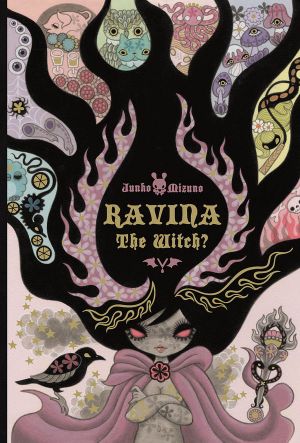 A bewitching and beautiful tale of an orphan girl who was raised by crows in a trash heap. One day, a dying witch gifts her with a mysterious magic wand and her life changes forever! Now, the human world is hers to play with… Or will this land of fear and corruption prove too much for the fledgling witch? In a time of witch hunts, Ravina must have her wits about her!

Or alternatively, find them all on Amazon UK here! or US here!