Taking place in the years between Schwab’s VICIOUS and VENGEFUL novels, ExtraOrdinary follows the tale of a teenage girl named Charlotte Tills who following a fatal bus crash, seemingly dies only to wake up to discover she has become an EO — a person with ExtraOrdinary abilities. In Charlotte’s case, it’s the ability to see people’s deaths, but when she looks into her own future, sees her own murder at the hands of the self-proclaimed hero and notorious EO killer Eli Ever, who is currently in prison for the murder of Victor Vale. Refusing to accept her fate, Charlotte sets off to find–and change–her future–before it comes for her.

Though the collected edition will not be out in time for Halloween 2021, issues 0-4 are available to purchase at the links below! 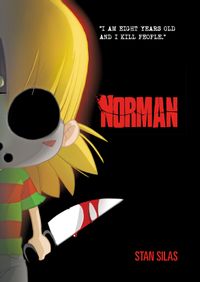 Norman is a typical eight-year-old, living in a little old house with his zombie uncle. A fan of horror movies, he seeks to recreate his favourite scenes starring his heroes: Freddy Krueger, Jason Vorhees and Michael Myers. As his next victims, Norman chooses his classmates, the new boy, Jeremy, and the local rich girl, Grace. As they join the ranks of the local missing children, Norman has to work hard to avoid discovery… 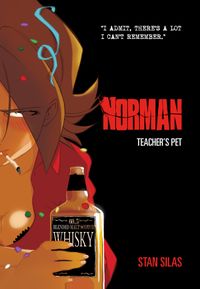 If you go down to the woods today… you’ll see a field trip that’s gone very, very wrong. If you put a bunch of kids in the back of a van and drag them along on a weekend of drunken debauchery, that tends to happen. What doesn’t tend to happen is multiple murders and a disembowelment. Unless, of course, Norman is around…

Norman Vol 3 The Vengeance of Grace 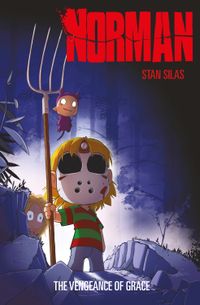 Norman’s reign of horror continues in this, the third volume detailing life in the remote village plagued by a psychopathic little boy! Norman is pretty sure, though, that he’s not the only one who likes to kill people. 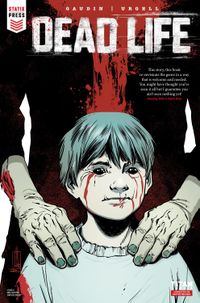 When young Steven finds a cursed chalice in his grandfather’s attic, he has no idea that his innocent game is about to unleash an undead nightmare! The Walking Dead meets Supernatural in a tragic apocalypse, illustrated with bloody energy by Joan Urgell (Rebels: These Free and Independent States)!

The consequences of Steven’s childish game wreak havoc on the whole world, as the undead nightmare continues to rage!

The undead nightmare comes to a tragic end in this giant-sized 72-page climax!