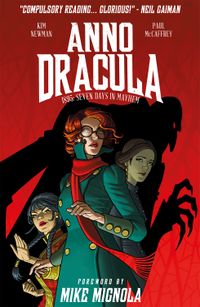 It is 1895. Prince Dracula has ruled Great Britain for ten years, spreading vampirism through every level of society. On the eve of Dracula’s Jubilee, radical forces gather to oppose the tyrant. Kate Reed, vampire journalist and free-thinker, takes a seat on the revolutionary Council of Seven Days, though she learns that the anarchist group harbours a traitor in its midst. The Grey Men, Dracula’s dreaded secret police, have been ordered to quash all resistance to the rule of the arch-vampire. With intrigue on all sides, the scene is set for an explosive addition to the Anno Dracula series. 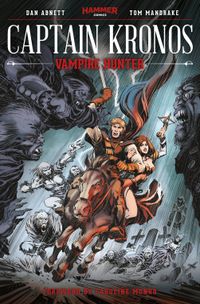 Driven by vengeance, Captain Kronos – Vampire Hunter, stalks the land bringing death to the undead and damnation to the damned. Now, in the mysterious town of Serechurch, Kronos will come face-to-tace with a malevolent vampire force far more evil and deadly than anything he has ever encountered before…

Written by fan-favorite Dan Abnett (Sinister Dexter, Batman and Warhammer 40,000 and drawn by comics legend Tom Mandrake (The Spectre, Swamp Thing and Night Force), this graphic novel marks the return of one of Hammer’s most iconic heroes, and collects the critically acclaimed four-issue mini-series. This volume also includes a series of articles about the original Hammer film, written by official Hammer historian Marcus Hearn, and a foreword by actress Caroline Munro, the original Carla.

The Chronicles of Legion Vol 1: The Rise of the Vampires 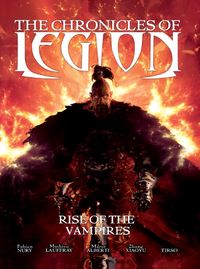 March 1531, somewhere on the Atlantic: Gabriella Doña de la Fuente sails to Latin America in order to marry Hernan Cortés and face an uncertain destiny. January 1812, Moscow: Armand Malachi recruits mercenaries from Napoleon’s defeated army in order to recover a lost, mysterious treasure. October 1885, Whitechapel, London: Victor Douglas Thorpe receives a curious, dramatic inheritance… Three lives, three incarnations of Vlad Tepes Dracula. The same blood flows in the veins of all three, the blood of Dracula. Against their knowledge and their will, they will be forced to take part in a fratricidal feud between Vlad and Radu: a battle that has lasted for centuries and has claimed countless lives. This is how the vampires rise…

The Chronicles of Legion Vol 2: Thee Spawn of Dracula

Three lives, three incarnations of Vlad Tepes Dracula. The same blood flows in the veins of all three, the blood of Dracula. They will all be forced to take part in a fratricidal feud between Vlad and Radu: a battle that has lasted for centuries and has claimed countless lives. South America, 1531. Doña Gabriella is surprised by her feelings for the bastard son of her future husband, the conquistador Hernan Torres. Russia, January 1812. Captain Armand Malachi continues his search for a legendary treasure! But his followers might be getting more than they bargained for… London, 1885. In the mansion of Lord Cavendish, Victor Thorpe faces a cruel dilemma: he stands as the only heir to Cavendish’s fortune, ready to inherit… on one condition: he must drink the cup of blood that stands before him…

The Chronicles of Legion Vol 3: The Blood Brothers

Across centuries and in all their incarnations, the vampiric brothers Radu and Vlad continue their bloody feud. But how long can the immortals remain completely immune to the humanity of their hosts before their emotions and feelings start to merge? Now the brothers feel their wills and that of the humans they inhabit combine and their destiny, which they once felt so certain they controlled, is changed forever.

The Chronicles of Legion Vol 4: Three Faces of Evil Now the brothers feel their will and that of the humans their inhabit become combined, and their fate, which they once felt so certain they controlled, is changed forever. The epic conclusion to this fantasy saga will see the brothers face a new and unexpected battle – a battle for their minds.

Alisik (Okay she’s not a vampire – but she is dead so that counts for something right?) 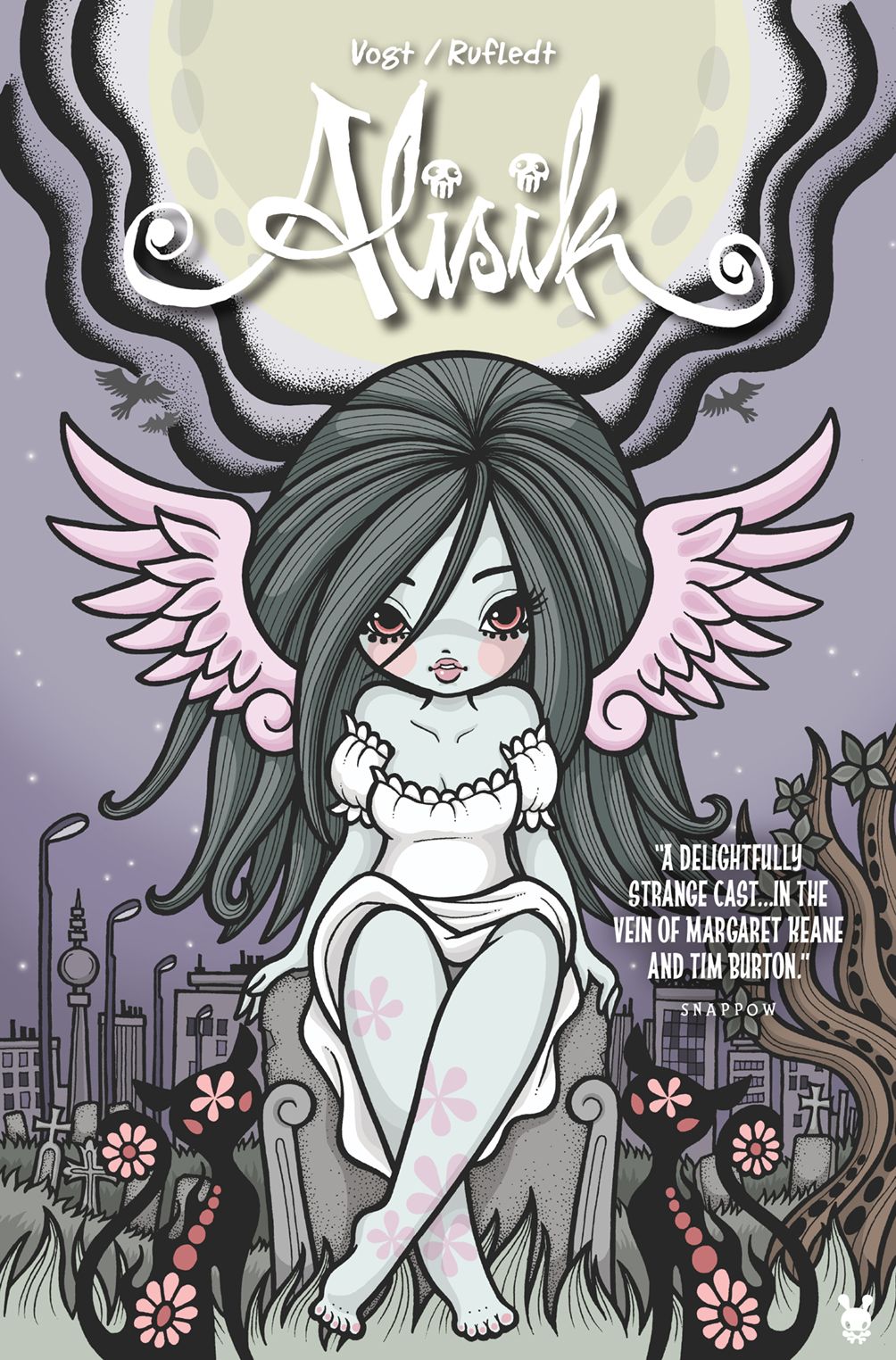 When young Alisik wakes up alone in a cemetery, she flees in terror… but it doesn’t take long for her to realise she belongs among the dead. Can she unravel the mystery of her demise? A magnificently macabre tale, perfect for fans of Neil Gaiman or Tim Burton!

The Bloody Best of Lenore Vol 1 (Again not a vampire – but she is a spooky dead girl so it counts in my book!) 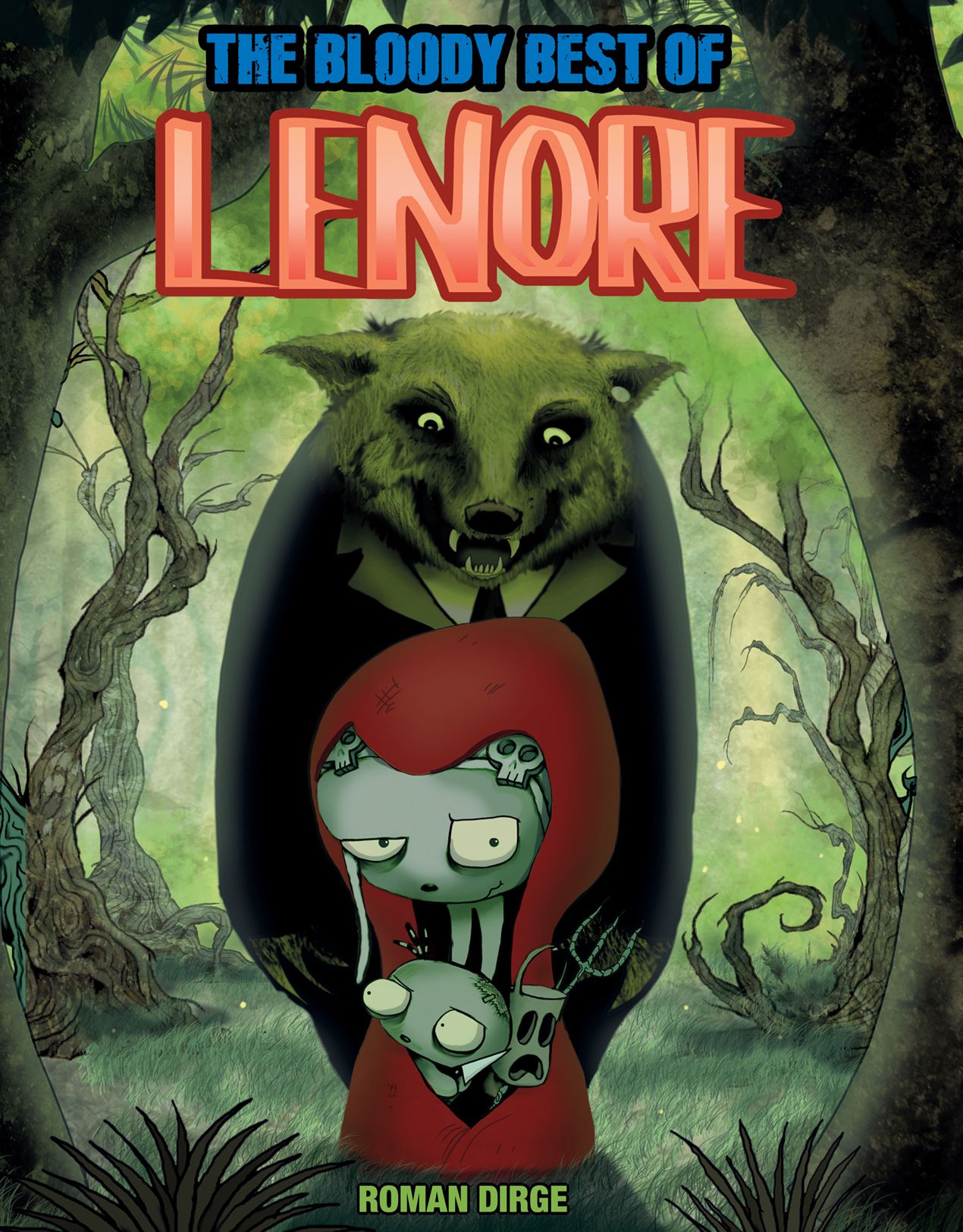 The 25th anniversary collection of fan-favourite stories by Roman Dirge, featuring the little dead girl, Lenore! Including Babysitting, Ragamuffin, The Fugly Duckling and more! The Bloody Best of Lenore collects fan-favourite stories by creator Roman Dirge across Titan’s Volumes 1 - 5 in an embossed hardcover edition. This collection will also have a special bonus material section​ “Lenore & Friends” which features never before seen art material, and also includes an afterword written by Roman Dirge.