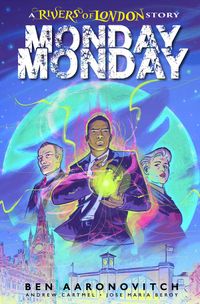 An unmissable brand-new era in the life of full-time cop and part-time wizard, Peter Grant.

A werewolf is on the loose and will stop at nothing to avoid capture! It’s up to Peter and his cohort of chums to hunt the deadly lycanthrope and bring him to justice!

Though the collected edition is on it’s way, #1-4 are available to purchase at the links below! 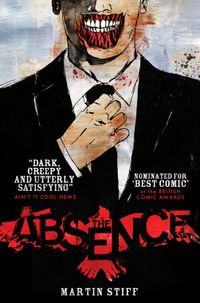 As a coastal village in southern England struggles to recover from the losses of war, it is rocked by the return of a man long hoped dead: the disfigured Marwood Clay. In a place where everybody hides a guilty past, and unspeakable past crimes lurk just beneath the surface… what terrible secrets has this exile brought back with him? And what happened during his absence? While Marwood struggles to rebuild his life, newcomer Dr. Robert Temple builds a strange house for himself, on the hill overlooking the town. Clay is consumed by a nightmarish past he cannot remember, troubled by visions of a future he cannot prevent. And then a young boy vanishes on Christmas Day… 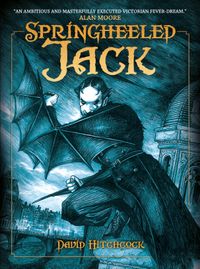 High above a steampunk London of Penny Dreadfuls, Jack the Ripper and pea-soup fog…stalks the legendary demon, Springheeled Jack! From his quarters in Bedlam lunatic asylum, Sir Jack Rackham hunts the creature. Across the gothic rooftops of necropolis London and through the labyrinths of his tortured mind, he pursues the creature that took his beloved. But just who or what is Springheeled Jack? Does the answer lie amongst the lunatics of Rackham’s sanatorium – or in the very heart of the British Empire: with Queen Victoria at Buckingham Palace? For fans of From Hell to lovers of Sherlock Holmes, the wonderfully pencilled art and riveting story from David Hitchcock is a must!

The Evil Within Vol 1 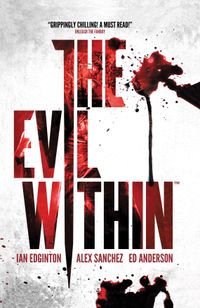 Spun from the survival horror game The Evil Within™ from Bethesda Softworks, this official series invites readers to experience the terrifying world created by the godfather of survival horror, Shinji Mikami. Compiling the entire 4-issue series by writer Ian Edginton (Scarlet Traces, Victorian Undead) and artist Alex Sanchez (Katana), along with plenty of exclusive artwork and bonus material, this spine-chilling collection marks the perfect introduction to the horror saga and is guaranteed to fill its readers with a sense of unbridled terror.

The Evil Within Vol 2 The Interlude 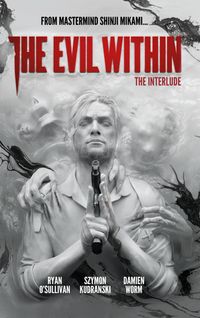 Still shell-shocked by the horrific events that took place at the Beacon Mental Hospital, Detective Sebastian Castellanos finds himself reluctantly pulled back into Morbius’ macabre world when a gruesome serial killer unleashes a new kind of hell onto Krimson City. 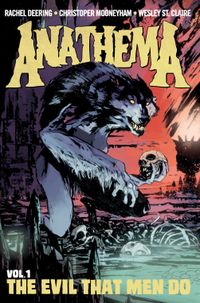 How far will one woman go for the salvation of her beloved? Mercy Barlowe’s love for Sarah brings down Hell when her puritanical father discovers them together – and has his own daughter burnt at the stake. But death is not the end. A monstrous cult of shapeshifters steal Sarah’s soul as part of its twisted plans to resurrect an ancient evil. To defeat them, Mercy must take on a new form that will give her the power and fury needed to defeat the cult. She must become a werewolf! 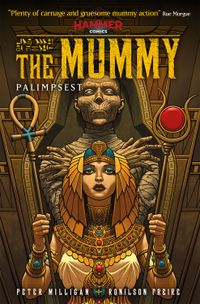 Once every 34 years, members of the sinister Sect of Anubis gather to drink the blood of a human sacrifice, used as a vessel to contain the imprisoned spirit of a long dead Egyptian High Priestess called, Nebetah, thereby gaining immortality. As the time draws near for the next sacrifice, the Sect’s chosen victim, a young Ukranian woman called Angel, has already begun to transform into Nebetah. It is a process that will see the young woman transformed into a rotting mummy as the spirit of Nebetah consumes her soul.

However, there exists an ultra secret society, called the Pyramid Club, who are dedicated to eradicating the evil of the Sect. At the height of the ritual the club attack the secret head quarters of the Sect and in the confusion Angel escapes into the streets of London, half consumed by the soul of Nebetah. Forced to accept the help of Duncan, a young rising agent for the Pyramid Club society, the two of them must team up and take the fight back to the Sect of Anubis before the sands of time run out and the failed ritual claims the lives of everyone!

Bloodborne Vol 1 The Death of Sleep 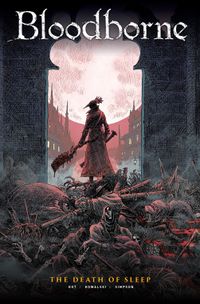 Discover the terrifying secrets of Old Yharnam in an awesome comic series based on FromSoftware’s critically acclaimed horror-action video game! Awakening in an ancient city plagued by a twisted endemic – where horrific beasts stalk the shadows and the streets run slick with the blood of the damned – a nameless hunter embarks on a dangerous quest in search of Paleblood…