They ran to the hills! They locked up their families! They stuck on the kettle and cowered in terror when… IT CAME!

Titan Comics is pleased to announce the launch of the brand-new creator-owned series, IT CAME! – a four-issue, 1950s B-movie style mini-series by Dan Boultwood.

Fans of Mystery Science Theater 3000 will love this hilarious romp, a knowing throwback to the heyday of low-budget Sci-Fi cinema! Trundling through the 1950s British countryside, unthinkingly misogynistic space scientist, Dr. Boy Brett and the suitably chaperoned Doris Night pop into a quaint village pub for a cheese ploughman’s… But waiting for them outside is a most unwelcome visitor: Grurk, an indestructible, rampaging robot from outer space, on a mission to harvest the British Blitz spirit for energy!

Pursuing Grurk in their Morris Minor, will Boy and Doris be able to save the British from a life without stiff upper lippedness, or will Her Majesty’s Kingdom be forever resigned to an eternity down in the mouth?

Creator Dan Boultwood says, “IT CAME! can be summed up by calling it a 1950s comedy B-Movie pastiche from a studio that never was. Which, coincidentally, is also how I sum up my everyday life, but with less giant space robots. Only a little less, mind you.”

“We’re incredibly excited to welcome Dan into the Titan Comics fold,” says, editor, Mark McKenzie-Ray. “IT CAME! is a wonderfully witty and fabulously fanciful tribute to the greatest 1950s B-movies, with all the charm and relish of a freshly brewed cuppa. Dan’s artwork is absolutely gorgeous and so different from anything out there right now. IT CAME! represents everything our new imprint is all about.”

Dan Boultwood was a long-time collaborator with award-winning writer, Tony Lee, having worked together on the Eagle award-nominated, Hope Falls, The Baker Street Irregulars and Prince of Baghdad for weekly British children’s anthology comic, The DFC. Now, Dan Boultwood makes the leap from critically acclaimed illustrator to all-round creator in this splendidly spiffing comic series.

Quaff that hair, knot that tie and keep your notions of gender equality dialled back sixty years – for the sake of the planet!

IT CAME! #1 will hit comic stores on Aug 7, 2013. The series will also be available to read day and date on the iPad, iPhone, Web, Android and Kindle Fire, exclusively through the comiXology app and comiXology.com 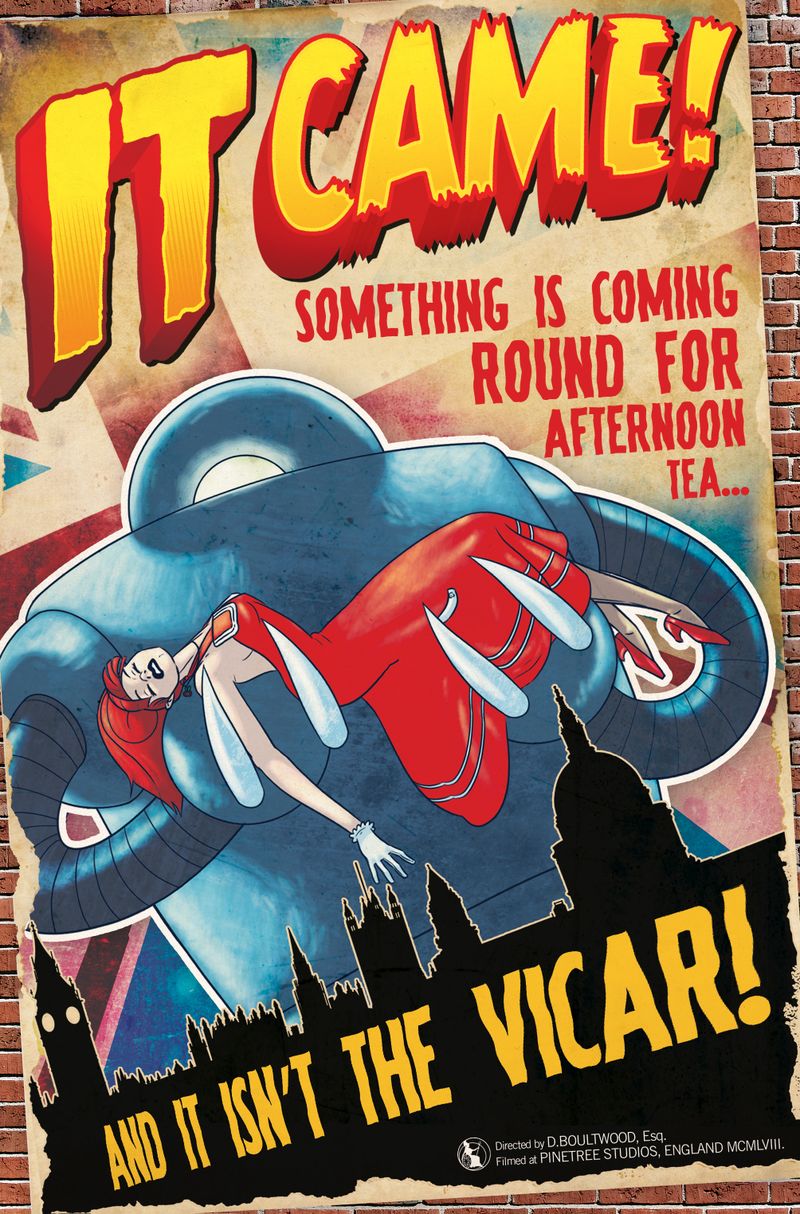