The adventures of Max, Chloe, and Rachel, from the hit game Life is Strange, continue into a new era!” the new season’s blurb reads. “Time-rewinding photographer Max has spent the last couple of years in a reality parallel to her own. Lately, she realised she was running from her responsibilities… and from the Chloe she left. 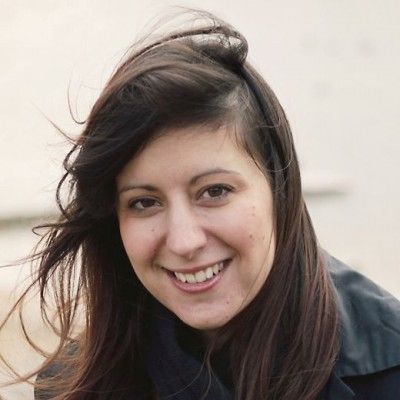 When you first played out your own story in the game did you ever think that one day you would get to write an original comic series for the title?

I definitely didn’t! Even when I was doing some promotional artwork for Square Enix back during the first game’s release, I still wouldn’t have believed there’d even ‘be’ a comic, let alone that I’d be writing it!

Without any spoilers can you tell us what was your favourite moment to write from the first series?

It would be very hard to pinpoint a favourite moment, but I’d certainly say the exchanges between Max and Rachel were pretty special to write, just because they felt like conversations we’d never get to see, given that the pair never had a chance to meet in the games. I’d also have to say that introducing new characters into the world has been a thrill. Whenever I see a tweet or a message online mentioning a member of the High Seas or Tristan it really makes me happy. LiS was never a game about two people. The surrounding cast made that first game special for me; a community to immerse in.

How do you think the characters have changed over the course of the comic? Do you think a particular character has changed more than others?

Max is the obvious answer here. Emotionally, She has been growing through guilt, acceptance, understanding, letting go…Most of the first season looked at the question of running from guilt and ownership of our actions; how you can shut a problem away, but guilt and grief can linger until you’ve fully processed them; how it’s hard to ask acceptance from others if you’ve not accepted yourself. Max has grown through all of that to get to where she is by the time we dive into season two. We’re now going to see a Max who’s moving forward, knows what she wants and is taking ownership over her plans to get it.

What is your favourite part of writing? Is it plotting out where you intend to take the story or writing the actual dialogue itself?

Dialogue, for sure. So long as I can inhabit a character when I write them, so long as they feel alive enough to make their own choices, then the dialogue is a total joy to write and can swerve in fascinating directions that I could never entirely plan for. What has it been like working with artist Claudia Leonardi and Andrea Izzo? Do you have a particular piece of artwork from the first series that sticks in your mind?

Bloody brilliant, frankly! It’s so much fun to send off scripts and then watch them materialise in the dropbox. I know how hard they’ve been working and how much thought goes into every page - and it really brings the project to life. They’re huge fans of the franchise and Don’tNod’s work, just as the editors and myself are, so I’ll often see little adds that weren’t in my scripts, like Chloe’s ‘Remember Me’ T-shirt in Strings; that was all Claudia and Andrea! Standout moments? Hmm, hard to choose. The page of Max reflecting on her new life at the very start of Waves is one of my favourites. The look on Max’s face…the choice of abstract cutaways (I suggested some but not all that Claudia put in there).

What are you most looking forward to in this new second series?

The key thing is the control we’re getting over this season. With the first arc the comic was finding its feet as it was originally planned as just four comics. Season two, it’s going to be a little different. Myself, Titan and Square Enix all had a big get together and fixed a plan for the whole season – we’re all very excited! It’s thanks to the amazing support we’ve had throughout season one that we’re able to approach season two in this way, so thank you thank you to everyone who’s supported us!

I used to look back a fair bit early on (though so much of the game was ingrained in my memory, I barely needed to, haha!). It was important to feel immersed in the characters and where they’d come from. As time went on and the comic versions of our characters started to live and breathe, I could trust myself with them more. Now, I don’t look back so much unless there’s something specific I want to check. The girls we’re spending time with in the comics have grown, had years to do so…as Max herself explains at one point. They’re not kids any more and their views of the world are very different to those they held in the game

In the course of this first arc, we’ve come to realise that Max isn’t the only person with special powers, what can you tell us about what to expect from the second series, will we meet more characters with their own unique abilities?

Haha! I can tell you very little, as I’ll bet you guessed ;) I wouldn’t want to spoil anything. But we do have a fun array of support characters to play with now. The comic-verse is growing…Max is growing. Max’s powers…well, they’ve been growing the whole time. And, as you say… she’s not alone.