The fantasy classic collected together for the first time ever! Featuring beautiful, fully-restored art, in depth features, history and never-beforeseen sketches and artwork!

Hitting stores on November 12, 2013, comes the shield-shattering saga of Marada the She-Wolf – white-haired, blood-soaked swordswoman and mercenary, object of unearthly desire and descendant of Julius Caesar!

Chris Claremont is one of the best-known writers currently working in comics. His work includes The Uncanny X-Men, Captain Britain, Fantastic Four and Gen13. During his 17 years as X-Men writer, Claremont co-created characters such as Rogue, Psylocke, Mystique, Emma Frost, Sabretooth, Gambit and many more!

Claremont has written many classic X-Men stories, including those which are providing source material for this summer’s The Wolverine movie, starring Hugh Jackman, and summer 2014’s hotly-anticipated X-Men: Days of Future Past, directed by Bryan Singer and starring James McAvoy, Michael Fassbender, Jennifer Lawrence and Nicholas Hoult.

John Bolton is an award-winning comic artist and illustrator. He has collaborated with some of the industries most prestigious comic writers, such as Neil Gaiman on The Books of Magic for DC Comics, Mike Carey on God Save The Queen for Vertigo DC Comics and Clive Barker on Hellraiser.

From the world of film Bolton has worked with Robert Zemeckis, Sam Raimi and Jonathan Glazer.

Descended of Caesar, and preceded by her legendary reputation as a warrior, Marada The She-Wolf follows Marada’s adventures across the Roman Empire. Together with her magical accomplice, Princess Arianrhod, they battle evil demons, wizards, witches and unearthly terror! Check out the teaser trailer here

Collected together for the first time ever in one deluxe hardcover and featuring beautiful restored artwork by John Bolton and never-before-seen sketches and artwork! This is the ultimate vision of the ultimate fighting fantasy female!

“I look through these pages and I’m reminded, most eloquently, just how gifted John Bolton is as an artist, how breathtakingly skilled he is at evoking character and event, how powerfully and also subtly he can present a scene,” says writer, Chris Claremont.

Marada The She-Wolf hits stores on November 12, 2013. The collection will also be available to read day and date on the iPad, iPhone, Web, Android and Kindle Fire, exclusively through the comiXology app and comiXology.com. 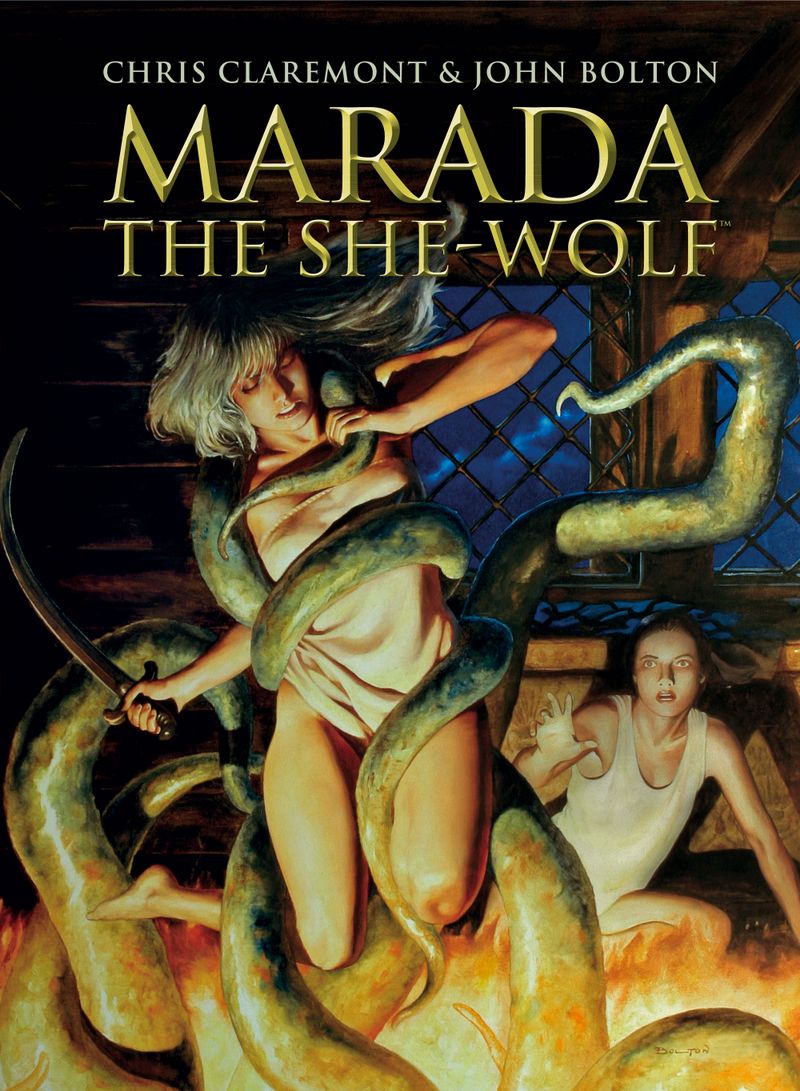 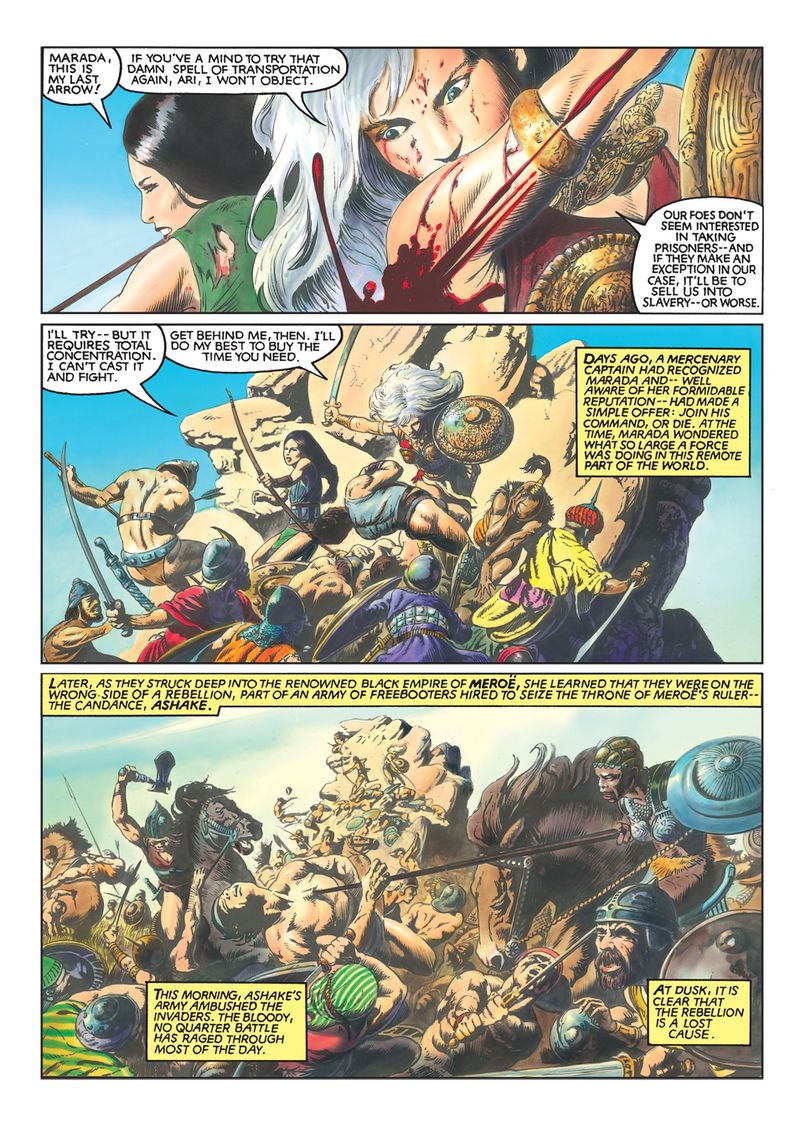