Titan Comics: How does it feel to have finished The Steel Prince? Victoria: It’s still sinking in! I had to learn a completely different way of thinking about stories – how much to fit into each issue, how much should go on a given page, where each page should break… It’s definitely been a trial by fire, but I’ve become more and more confident, and each issue has been stronger for it. I’ve gone from writing a 700-page fantasy novel to conveying a story in bite-sized increments, but I love it. I’ve always been a cinematic writer. I’ve always had to visualize and choreograph an entire scene, then transcribe it – so while the new format is a challenge, it’s also very intuitive for me to think in visual terms. What’s your team been like? My editor, Amoona, has been incredibly valuable. She’s walked me through every process, and really eased the learning curve. And my artist and my colorist… they’ve all been remarkable in bringing this to life. How have fans responded? From what I’ve seen, everyone has really enjoyed it! Shades of Magic fans are incredibly voracious, and they always like anything art-based, so I think for many fans this is a really cool gift. It allows them to see this world in a way that they haven’t before. And it’s really exciting to see readers who are starting Shades of Magic with the comics! They have a different doorway into our world. Reviewers called The Steel Prince very accessible; is that your aim? Obviously my hope is that you’ll read the volumes in order, but you shouldn’t have difficulty jumping in at any point. It’s designed to be accessible in the same way as my fantasy novels. I think for a long time, accessibility was a bad word in genre fiction. Hardcore fans like the exclusivity. But I want readers to drop into a story with ease, to feel consumed by it. I don’t want to gatekeep that in any way. My great interest is making fantastic stories accessible for the broadest audience possible. What details can you give our readers about Night of Knives? All three arcs of the Shades comic are based on a conversation in one of the novels, where we learn that Maxim Maresh, the King of Red London, earned a reputation in his youth as The Steel Prince, through three extraordinary feats – The Pirate Queen was our first arc (titled The Steel Prince), the Night of Knives is this second arc, and The Rebel Army will be the third. When I first wrote those titles I just thought “well, what would sound cool?” The problem? I didn’t know what those events actually were until I sat down to write these comics! I just wrote The Night of Knives because it sounded so damn cool! And I was just, like… oh, hell, what is the Night of Knives?! I had to go about it in reverse-fashion, figuring out what the Night of Knives really is. Well, don’t leave us in suspense! What is the Night of Knives itself? The Night of Knives is a trial that criminals and royal guard and anyone in-between can undertake, in the lawless city of Verose where the story is set. It’s actually a series of trials, called the Night of Knives because you get a marking, a scar, for each challenge you survive. Of course, no-one has survived all the trials, so it’s also a test of wisdom, you have to know when to bow out. It’s a way for soldiers and pirates alike to gain a little cred, and Maxim decides to join in – to win the respect of his army, who think he’s just a prince playing soldier, and of the citizens of Verose, who just see him as a target. So to prove he’s not an arrogant prince, he… joins a deadly trial? Often in my novels – and now my comics – it’s not about having power, but knowing what to do with it. Learning your own limits and weaknesses, in order to make yourself stronger. Maxim is a very proud, arrogant and self-righteous character. He’s never been under any duress before the comics started, and he really is a royal prince, playing soldier. All three arcs of the comic are about him learning that he has to really earn this reputation that’s going to outlive him. I describe the novels as grown-up Harry Potter meets Avatar: The Last Airbender, and I think that’s still fair for the comics. If you enjoy magic, combat, and adventures, these should appeal to you! The Steel Prince: Volume 1 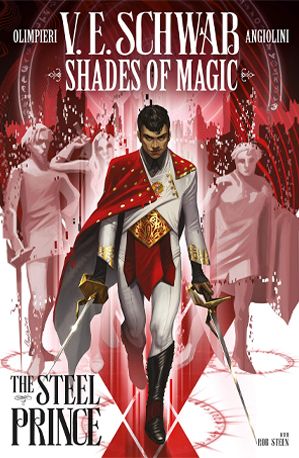 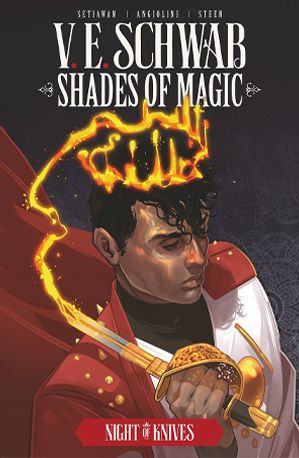 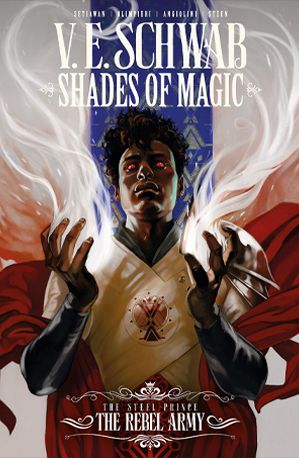