Mickey Spillane's Mike Hammer is BACK!

Mickey Spillane’s Mike Hammer is BACK!

Published to coincide with what would have been Spillane’s 100 birthday in 2017, his tough-talking, brawling, skirt-chasing private eye returns to comics for the first time since the 1950s in this thrilling noir! 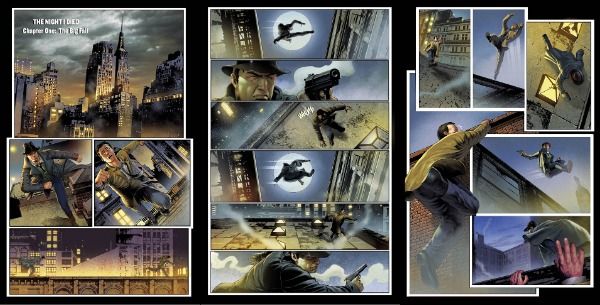 When a chance encounter with a captivating femme fatale leads to a violent mob retaliation, hard-boiled detective Mike Hammer finds himself dodging both bullets and broads as he undertakes the most dangerous case of his career.

“The Night I Died ticks all of the boxes when it comes to being a solid crime noir tale. It’s dark, it’s gritty, and I loved it.” – Geek Dad

“A tale full of twists, turns and double-crosses of all manners and forms. It contains virtually everything one could reasonably want and expect in a Hammer adventure” – Book Reporter