Titan Comics and ATOMEKA are pleased to announce the release of the first volume of a brand-new graphic novel series, Monster Massacre – a SF and fantasy anthology headed up by A1 creator Dave Elliott and starring the greatest comics talent: past, present and future!

“Garry Leach and myself created Monster Massacre for those who wanted their comics less ‘grim and gritty’ and more ‘sexy fun and crazy adventure,’ says creator Dave Elliott. “Whether you like your action-packed comics high-brow or low-brow, we’ve got you covered!”

The series will also be available to read day and date on the iPad, iPhone, Web, Android and Kindle Fire, exclusively through the comiXology app and comiXology.com 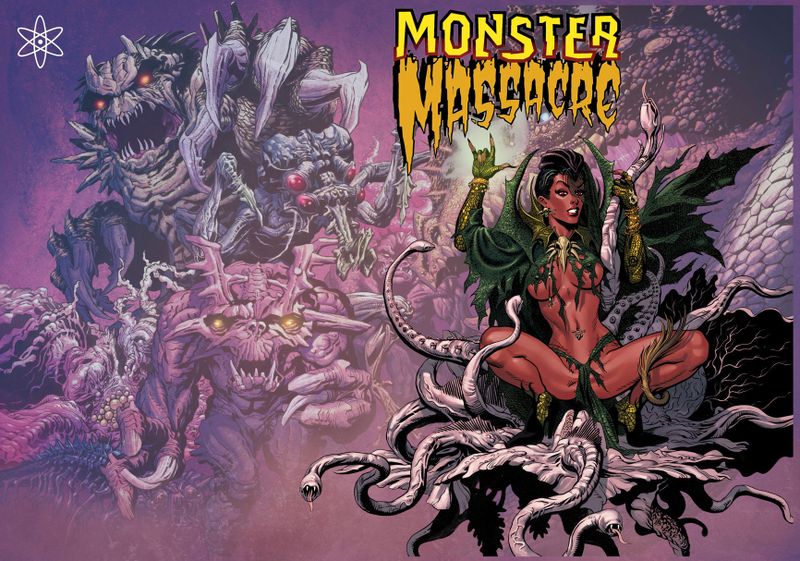