Enter the scrum, this summer! Titan Comics and Games Workshop are thrilled to announce Blood Bowl: More Guts, More Glory, a brand-new series based on the runaway smash-hit board game and videogame.

Blood Bowl is set in an alternate version of the Warhammer universe – one where brutal chaos and inter-species rivalries are settled on the football pitch, rather than on the battlefield!

Originally released in 1986, a brand-new version of the board game was released in November 2016, and is being supported with more products in 2017!

Inspired by the fantasy world of Warhammer, this bone-crunching sports action comic series is written by Nick Kyme(Warhammer 40,000) with art by Jack Jadson (Teen Titans, Birds of Prey), and storms into stores May 10, 2017!

Dive into the action as a rag-tag team of humans, the Hochland Harbingers, attempt to claw their way to the top of the Blood Bowl League. Can Dreng Sturmblud, a former star player who crashed to rock bottom, help the Harbingers fend off their terrifying opposition?!

Titan Comics’ Blood Bowl #1 will be available for pre-order in March’s Diamond PREVIEWS catalogue. To keep up with the latest news and developments, join Titan Comics on Facebook, Twitter or Tumblr. 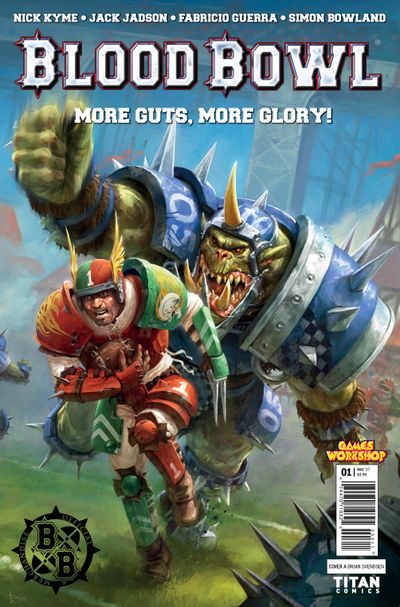 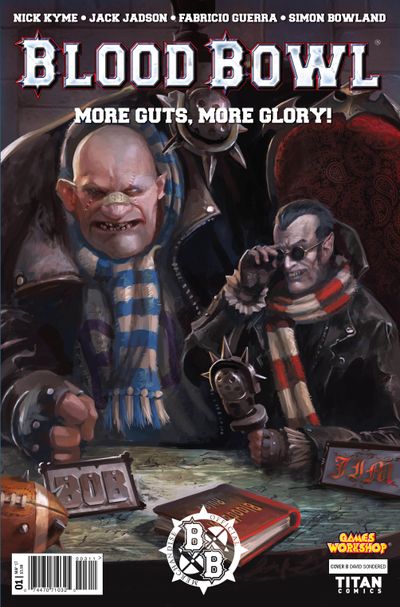 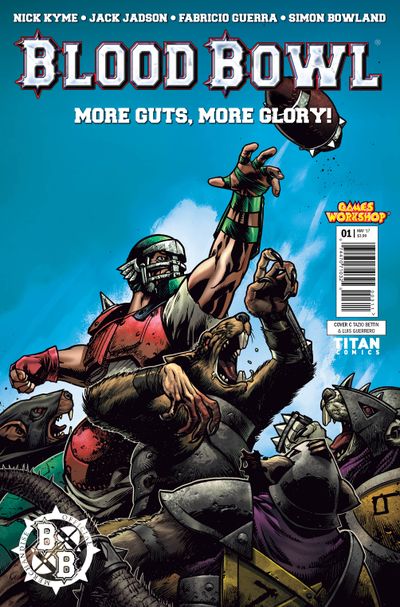 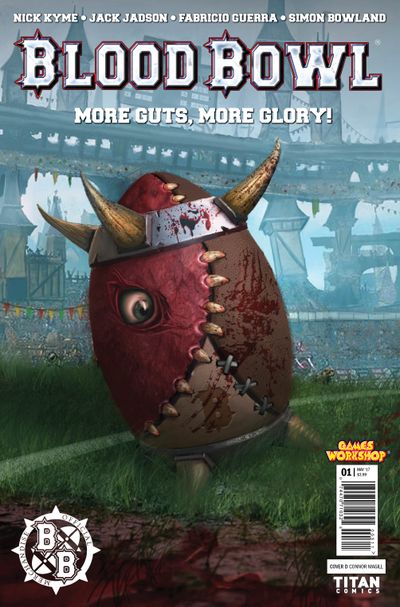 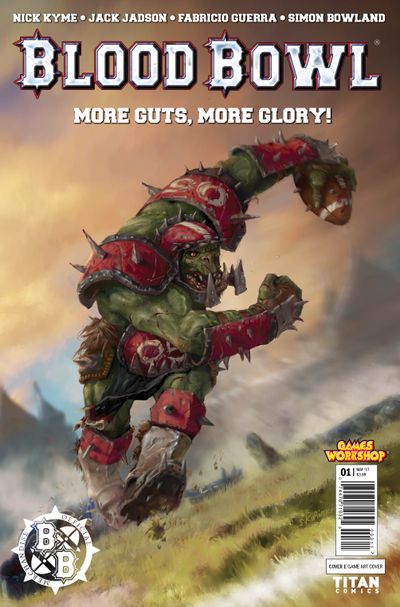