Ahead of the new TV series, experience the story from the very beginning with the original Snowpiercer graphic novels trilogy and prequels!

“You haven’t experienced Snowpiercer until you’ve read the graphic novel collections – this timeline is the perfect guide to those who want to jump aboard but don’t know where to start, and those who want to take the journey all over again from the very beginning.” – Jake Devine, Editor, Titan Comics.

The 2013 Snowpiercer movie directed by Bong Joon-Ho was adapted from the Snowpiercer comic trilogy. An attempt to stop global warming catastrophically backfires, creating a new ice age. The remnants of humanity board a circumnavigational train, the Snowpiercer, run by the conductor Wilford. It’s 2031 and the passengers on the train have become segregated by class, with the elite in the opulent front cars, while the poor are forced into the squalid tail compartments by armed enforcers. The comics start with plans for an uprising…

“One of the most celebrated sociopolitical tales in comics.” – IGN 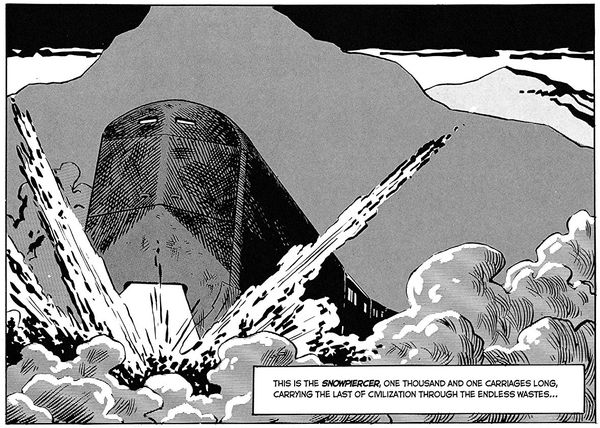 From fearsome engine to final car, all surviving human life is here: a complete hierarchy of the society we lost. The elite, as ever, travel in luxury at the front of the train – but for those in the rear coaches, their lives are worse than cattle, trapped in the squalid dark. When one of the occupants of the tail breaks through into the main train – all hell follows in his wake! 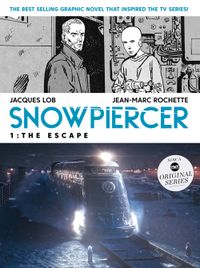 “The Explorers is fascinating. The world it creates is really worth experiencing, and while I expect Bong Joon-Ho’s film focuses on The Escape, I would love to see him tackle this.” – Flixist

Coursing through an eternal winter, on an icy track wrapped around the frozen planet Earth, there travels a train that never stops. This is Snowpiercer: one thousand and one carriages long. The last bastion of human civilization. Or is it? A second train also travels through the snow on the same track, its inhabitants living in constant fear of crashing into the first Snowpiercer. And from this second train, a small group of scavenging explorers now emerges, risking their lives in the deadly cold to explore what’s left of the world. 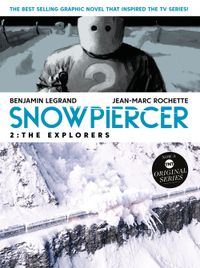 “…dark and powerful…the political subtleties and social commentary ride close to the surface, providing the depth and timeless quality…That Terminus not only hails back to this original subject, but also introduces new pressing concerns for the most vulnerable in society, is both welcome and impressive.” - Comics Alliance 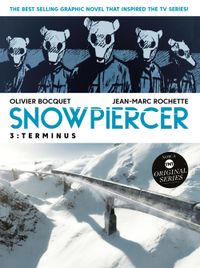 “An absolutely fascinating read from cover to cover, Snowpiercer: The Escape is one of those dystopian science fiction stories that is all too plausible given today’s political polarization, increasingly rapid climate change, and humanities undeniable contribution to the increasing extinction rates of flora and fauna species globally” - Midwest Book Review

The Snowpiercer saga continues with this apocalyptic story by original artist Jean-Marc Rochette and Eisner nominated writer, Matz. Set before the extinction event that caused the new ice age in which the Snowpiercer travels perpetually around the globe, witness the terrifying events that led to the need for and creation of the eponymous train. 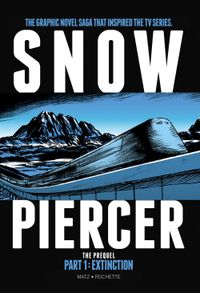 August 2020 will see the Snowpiercer saga continue with the second chapter of Titan’s new prequel trilogy.

After the extinction that caused the new ice age, the train, Snowpiercer, travels perpetually around the globe, with the last survivors of humanity learning to come to terms with their new reality. 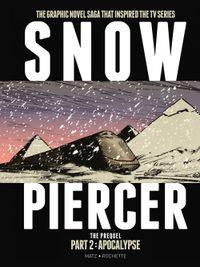 USA and Canada can pre-order HERE

UK and Europe can pre-order HERE