The Chronicles of Corum

Corum, “the Prince in the Scarlet Robe, the last of Vadhagh, he of the six-fingered hand and enchanted eye. 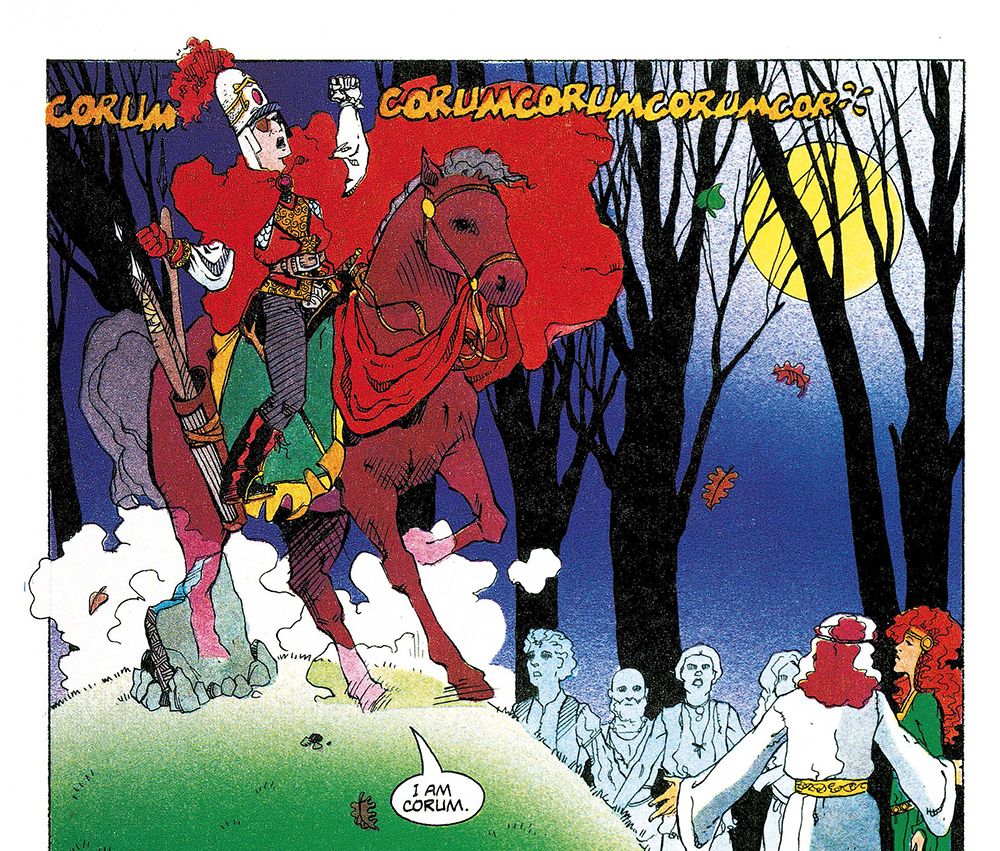 Acclaimed author Michael Moorcock weaves a stunning blend of magic, heroism, and wonder as his reluctant champion is adapted for comics by Eisner award-winning writer Mike Baron and Hellboy creator and artist Mike Mignola. The Chronicles of Corum Vol.1: The Knight of Swords 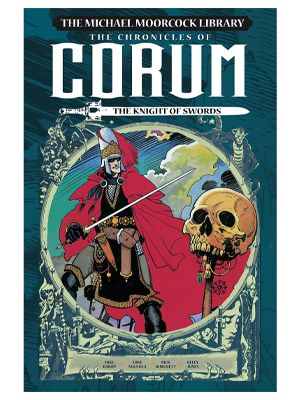 Prince Corum Jhaelen (“the Prince in the Scarlet Robe”) embarks on an epic journey of fate and vengeance through all 15 planes of Earth, even to the very center of Time – the still, blue city of Tanelorn. Corum, a reluctant champion, must confront the Gods of Chaos in order to save the world he treasures and the woman he loves.

Available to buy from Amazon, digitally. The Chronicles of Corum Vol.2: The Queen of the Swords 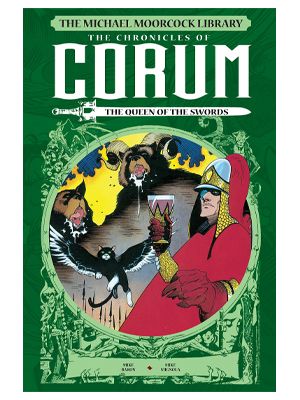 Prince Corum’s hard-won triumph over the Chaos Lord Arioch is short-lived as Arioch’s sister, the feared Xiombarg, makes her displeasure known. As Corum’s odyssey continues, he confronts the Mabden armies, and faces the challenge of the Queen of Swords. Surrounded by evil, his only hope comes from the legendary City of the Pyramid. But along the way Corum will encounter horrifying creatures, weird forms of sorcery, and uncanny new planes of existence.

Available to buy from Amazon, and digitally. The Chronicles of Corum Vol.3: The King of the Swords 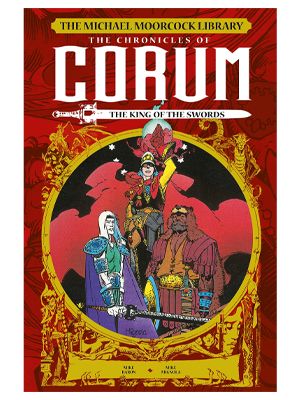 The ceaseless struggle between Law and Chaos that has raged across all 15 planes of reality is nearing its bloody conclusion. Now Corum, the Prince in the Scarlet Robe, must unite the other incarnations, Elric and Erekosë, and travel to the last five planes of Earth to defeat the Chaos Lord and King of the Sword, Mabelode the Faceless. At stake, the very forces of existence and the chance for Corum to exact revenge against Glandyth-a-Krae, the man who slaughtered his family.

Available to buy from Forbidden Planet; Amazon, and digitally. The Chronicles of Corum Vol.4: The Bull and The Spear 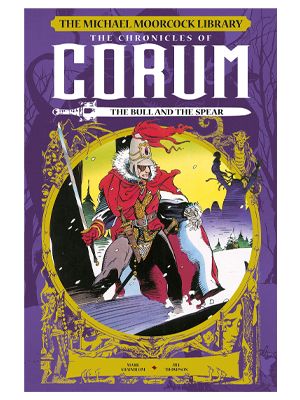 The Chaos Lords and the King of the Swords are long dead and peace reigns across the 15 realms… But not so for Corum, the Prince in the Scarlet Robe, who has spent many decades in sorrow-filled isolation, grieving the death of his one true love, Rhalina. When strange voices begin to disturb his dreams, Corum discovers that descendants of Rhalina’s own people, the Mabden, are being terrorized by the seven Gods of Limbo who are on the verge of destroying the Mabden race forever. Now Corum must embark on a new quest to seek out the Black Bull of Crinanass, if he is to have any chance of saving Rhalina’s people from extinction.

Available to buy from Amazon, and digitally.