For one glorious year, from April 1954 until April 1955, Fighting American fought for justice, truth and the American way, defending his country, and the free world, from enemies – foreign, domestic and extra-terrestrial until one day he, and his young plucky sidekick, Speedboy, disappeared whilst on a mission assisting Welsh time traveller and inventor Professor Dyle Twister. They were never seen again. Until today…

Fighting American and Speedboy have found themselves marooned in the 21st Century whilst on the trail of a gang of villains plucked from their past by a mysterious villainess known only as Lady Chaos… Now, there’s nothing left for them to do but to spring some much-needed two-fisted justice and home-spun 1950s grit to a modern, media-obsessed, cynical world.

Save up to 66% in the Fighting American sale! CHECK OUT THE SALE HERE! 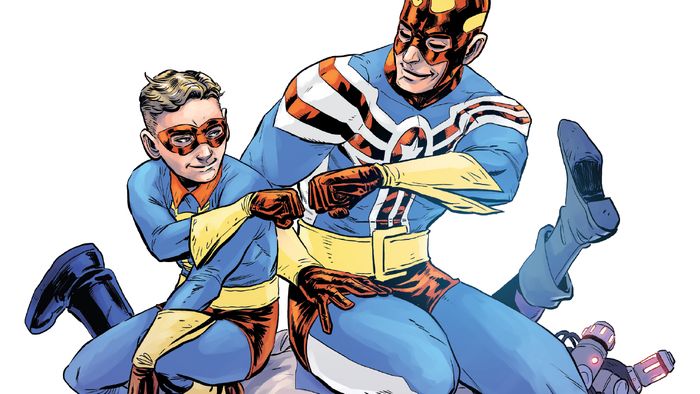 “Titan Comics might have just given us a fast-paced modern classic in Fighting American. 5 out of 5.” – Comicbastards.com

“I honestly want you guys to read this book. I feel like it is the Captain America story that we deserve today.” – Superherospeak.com