The Game Is Afoot – Join Sherlock And Watson In The Manga Adaptation Of The BCC Smash-Hit Series!

“Artist Jay crams dynamism into every layout” - The Guardian

The BBC’s Sherlock series is a worldwide phenomenon, making international stars of Benedict Cumberbatch, Martin Freeman and Andrew Scott, thrilling audiences with the inventive, twisting plots and witty dialogue, and bringing the world’s most famous consulting detective bang up to date. And now you can enjoy their adventures all over again in the official Manga adaptation of their first four cases.

Fully illustrated throughout with beautiful artwork by acclaimed Manga artist Jay, these books completely capture the look and feel of the BBC series. Laid out in the traditional Manga style (reading right to left) they will allow you to experience Holmes and Watson as you’ve never seen them before, and dive straight into the action at 221b Baker Street.

“Firing on all cylinders, as it is as strong as it was on television…10 out of 10.” - Graphic Policy 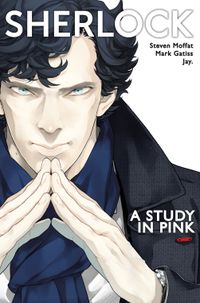 Recently returned from Afghanistan, John Watson needs a place to stay, peace and quiet, and time to reflect on his experiences. Instead he is plunged into a world of murder, scrawled messages and bizarre life-or-death choices with his new friend, the elusive, infuriating, compelling Sherlock Holmes. Together they must solve the case, and hear for the first time the name ‘Moriarty’… 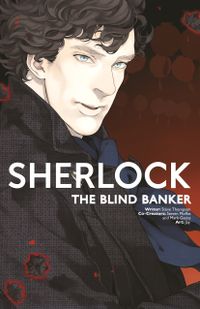 A mysterious break-in at a bank… Some enigmatic symbols… Hidden dangers… Could the case of the ‘Blind Banker’ be too dangerous even for Holmes and Watson to handle? 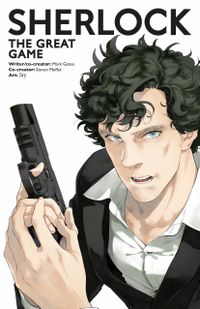 A mystery enemy is causing utter chaos for Holmes and Watson. The villain creates a series of clues for the duo to solve - and if they don’t solve them, an innocent victim will die. Can Holmes and Watson solve the mysteries - and can they avoid becoming victims themselves?

Or buy the complete first series in this stunning boxed set! Get it now on Amazon or Forbidden Planet 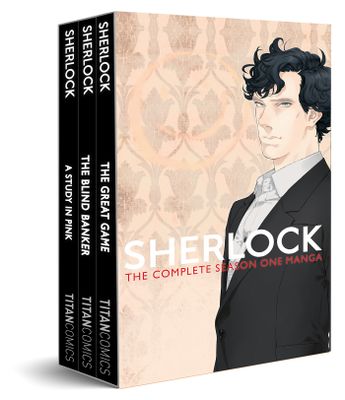 Pre order now! Head to Amazon or Forbidden Planet to reserve your copy!