Re-discover (or discover) the Twelfth Doctor comics, right from the beginning!

Making his very first, if very brief, first appearance in the fiftieth anniversary special, The Day of the Doctor, the Thirteenth Doctor’s (as played by Peter Capaldi) first full appearance came in 2013’s Christmas special, with his first full episode in August 2014. The Doctor’s new look, by costume designer Howard Burden, was described as “No frills, no scarfs, no messing, just 100% rebel Time Lord.”

Sonic screwdrivers at the ready, let’s explore the comics!

The Twelfth Doctor has just regenerated – but the universe won’t give him a minute’s rest! Not when there’s a violent, sentient star on the warpath on a terraformed ice planet – or an ancient celestial murdering her way towards resurrection in India in the year 2314! 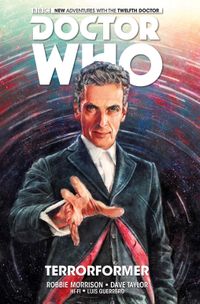 “Has every trademark of a classic Moffat-written episode.” – Mind of the Geek

Enter the TARDIS with the Doctor and Clara for two stunning new adventures! First, the pair battle an enemy who can slide between the cracks of the universe and take over unwilling human hosts – the Fractures! Then, the pair discovers an alien invasion in 1960s Las Vegas – forcing them to team up with the gangsters! 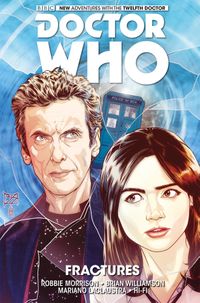 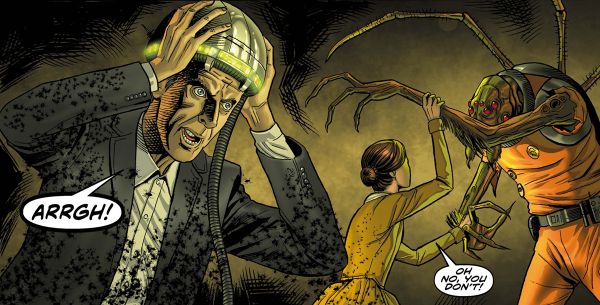 “Nothing short of extraordinary. Doctor Who: The Twelfth Doctor just keeps getting better.” – Snap Pow

The Doctor and Clara are back for two stunning new trips through the Vortex! On a jaunt back to 1845, the pair discover a horrifying secret hidden in a stately home! Then, the malevolent Hyperions return to scorch the solar system of all life – and the Doctor is pulled into an epic war for the future of all humankind! 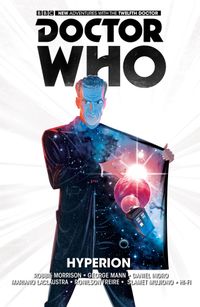