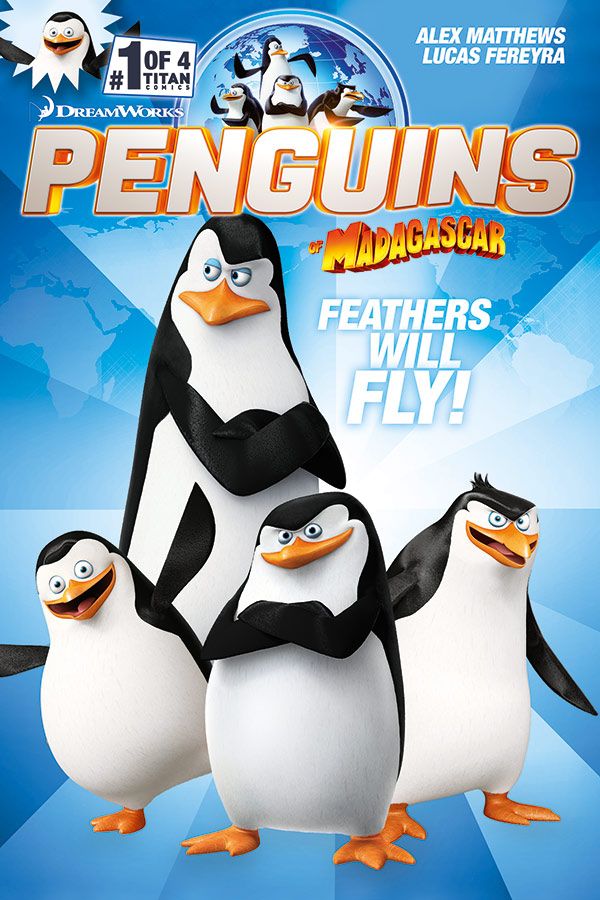 DreamWorks Animations’ Penguins of Madagascar are getting their own brand new 4-issue comic series! Yep, Skipper, Kowalski, Rico and Private are jumping from the big screen to the comic page!

Written by comedy genius Alex Matthews (Phoenix, Dandy) with eye-popping art from Lucas Fereyra, feathers are set to fly in this unique and exciting – and very funny – new series.

Penguins of Madagascar Comic #1 hits the US this Fall and will be available in all good comic stores and online.

About DreamWorks’ Penguins Of Madagascar

Super spy teams aren’t born…they’re hatched. Discover the secrets of the greatest and most hilarious covert birds in the global espionage biz: Skipper, Kowalski, Rico and Private. These elitists of the elite are joining forces with a chic undercover organization, The North Wind. Led by handsome and husky Agent Classified (we could tell you his name, but then…you know. Together, they must stop the villainous Dr. Octavius Brine from destroying the world as we know it.

Check out the Penguins Of Madagascar Trailer and look out for more news in the coming months about the anticipated comic launch!