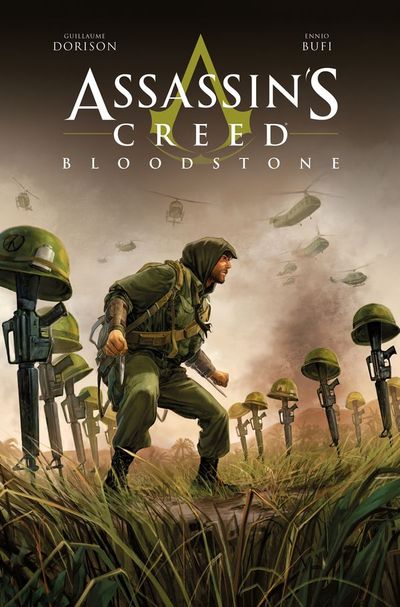 The secret struggle between Assassins and Templars hits the Vietnam War! Part one of a new thriller set in the world of Assassin’s Creed, from Guillaume Dorison (Assassin’s Creed: Conspiracies, Devil May Cry) and artist Ennio Bufi (They Made History). Tomo, one of the youngest members of the Japanese Assassin cell, has uncovered a conspiracy. More of a man of science than a man of action, Tomo investigates further, leading him to follow the footsteps of Assassins that operated during the Vietnam War. But what secrets will he uncover? 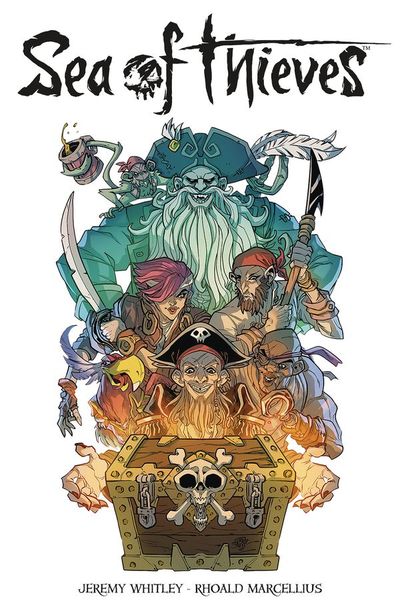 Two crews sail the Sea of Thieves in a race to track down ancient treasure. Along the way they’ll deal with undead hordes, devious traps and their own bitter rivalries, but who will ultimately claim the legendary loot?

Based on the shared-world adventure multiplayer game from Rare Studios, written by Jeremy Whitley (Princessless, Thor Vs. Hulk) and illustrated by Rhoald Marcellius (The Incredible Hulk, Warren Ellis’ Supergod). 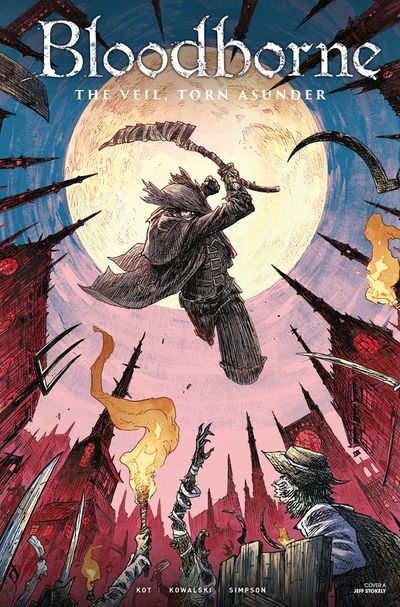 A story set in the world of Bloodborne, FromSoftware and SIE’s award-winning gothic gaming hit!

A new wanderer arrives in Yharnam, desperate for the city’s famed medical wisdom… but as the Great Ones wake and reality itself begins to crumble, can he save his own sanity from the relentless truth? The acclaimed horror-mystery comic from writer Ales Kot (Zero, Days of Hate, Wolf) and artist Piotr Kowalski (Wolfenstein, Sex). Collects Bloodborne #13-16.

Return to the very beginnings of the Dark Souls story, with a dramatic retelling of the legends of Gwyn, Lord of Cinder, and his loyal Knight Artorias! Gorgeously illustrated and told in the style of FromSoftware’s dark fantasy video game phenomenon!

In a world where ancient Lords wield god-like powers and Everlasting Dragons soar the skies, what place is there for mortal men? Join Silver Knight Arkon, a powerful warrior in Lord Gwyn’s army, on a quest for redemption and survival, as we journey to age before the undead curse blighted the land of Lordran.

Dishonored Vol 2: The Peeress and the Price: 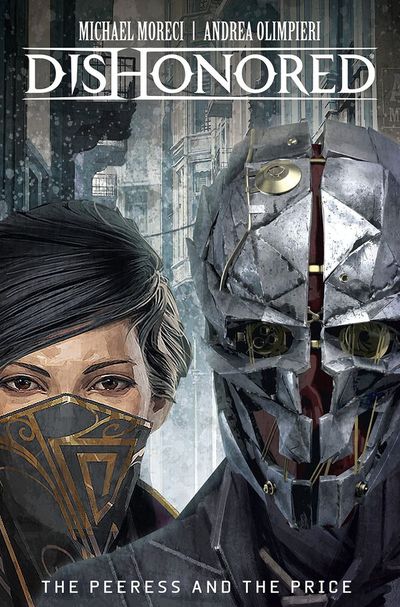 An awesome story taking place after the events of the second Dishonored game.

Follow the continuing adventures of Corvo Attano and Emily Kaldwin in this sequel to the highly anticipated upcoming game Dishonored 2 as they come up against brand new threats and foes. 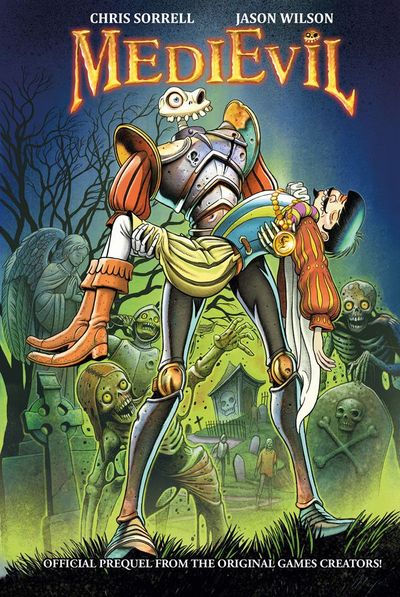 The undead hero of MediEvil returns in a thrilling prequel adventure – the story that would have been MediEvil 3, told by the original creators of the beloved videogame! Director Chris Sorrell and lead artist Jason Wilson (Surface Tension) tell a new tale starring Sir Daniel Fortesque, the skeletal knight, after he is swept back through time to save the kingdom of Gallowmere! Fans meet Dan’s living (and wimpy) past self for the very first time… 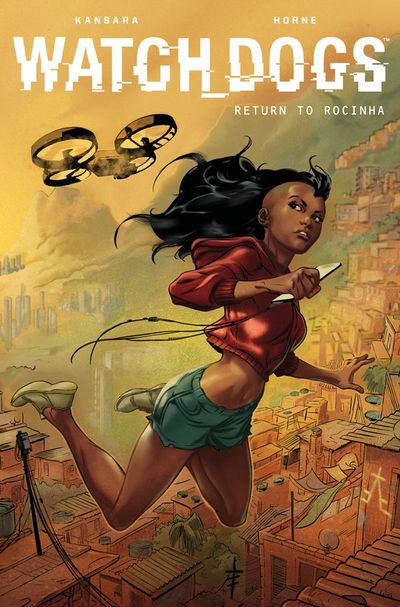 Watch_Dogs goes global, in a new, canonical thriller exploring the cybercrime world of Ubisoft’s record-breaking hacktivist video game series. Young hacker Sauda returns to her old home in the slums of Brazil, to confront the corruption that drew her brother into a life of crime. She finds a mysterious ally in her war against South America’s underworld – the hacker group DEDSEC! Collects Watch_Dogs #1-2.